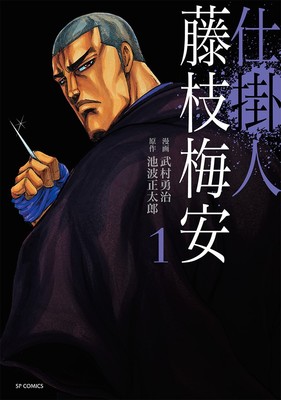 The manga’s ninth compiled book volume revealed on July 13 that the manga’s 10th volume will be its final volume. The volume will ship in early spring 2022.

The original novels, set during the historic Edo period, center on the titular Fujieda Baian, a medicine man and doctor by day, but ruthless killer for hire by night. His tools of the trade are the same in either job: acupuncture needles that leave no trace.

Takemura launched the manga in LEED Publishing‘s Comic Ran Twins magazine in May 2016.

From 1972 until his death in 1990, Ikenami published seven novels in his Shikakenin Fujieda Baian series, remaining unfinished due to Ikenami’s passing. The series has also inspired live-action series and films. A previous manga adaptation by Golgo 13 creator Takao Saito serialized from 2001 to 2015 with 35 volumes.

Spidey Beyond: Is Marvel Comics About to ‘Out’ a Spider-Man?