In Amazon Prime’s The Wheel Of Time series, fans are introduced to a wide cast of characters, from small-town youths to powerful Aes Sedai. Many of these characters have an important role to play in the unraveling story, and fans discover more about the world that author Robert Jordan created.

RELATED: The Witcher: 10 Most Dangerous Monsters From The Show, Ranked

Yet in a world threatened by the evil forces of the Dark One, it is only natural that some of the characters would be far more dangerous than others. The Wheel Of Time introduces skilled warriors, powerful channels, evil Dark Friends and even the prophesized Dragon Reborn.

When Moraine Sedai discovers that Egwene can touch the Source, she very quickly begins teaching her how to use it. It is later learned that she may have suspected the young woman of being the Dragon Reborn.

There are some implications that Egwene has the potential to be a fairly strong channeler. However, she lacks the skills she will learn should she go to train at the White Tower. At that moment, Egwene relies only on the minimal training she has received from Moraine and Nynaeve.

9 Tam Al’Thor Was A Heron-Marked Swordsman

Al’Thor’s first appearance in Wheel Of Time depicts the man who raised Rand as a shepherd and farmer. Later on in the season, it is revealed that he was once a soldier. Specifically, one who bore a Heron-marked blade, though it has clearly been some time since he wielded his sword.

RELATED: The Strongest Main Characters In The Matrix Resurrections, Ranked

While Wheel Of Time delves only lightly into the significance of what a Heron-mark means, there is some implication that these blades are rare and special. At one point, while Rand is bearing the blade, he is asked if he knows how to use it. This implies that bearing such a sword is the mark of a truly skilled swordsman.

The peddler Padan Fain appears to be seedy when he is first introduced in Edmond’s Field in Wheel Of Time’s first episode. Only later do viewers discover just how far this man has fallen into darkness. Appearing several times, always seemingly tailing the five Ta’veren from Edmond’s Field, fans learn just how much influence this man has. Especially as he leads two Myrddraal in the attack on Fal Dara.

7 Lan Is The One The Most Dangerous Warders

Al’Lan Mandragoran, or Lan as he is most often known, is the Warder of Moraine Sedai and a highly skilled warrior and tracker. His dedication to protecting Moraine is unquestioned, as is his ability to do so.

Fans of Wheel Of Time learn more of Lan’s history when the group travels to Fal Dara. Fal Dara is near to Malkier, Lan’s former homeland, which is now swallowed by the Blight. As with most people from the North, Lan has been fighting against the influence of the Dark One and his forces for some time. Lan has the scars to prove it.

6 Nynaeve Al’Maera May Be Powerful But Lacks Training

The Wisdom of Edmond’s Field is often considered quite young for her position, and this may lead to her proud, stubborn nature. However, Nynaeve’s dedication to her duty is clear, as she overcomes significant obstacles to find and protect the youngsters from her home.

It is later demonstrated that not only is Nynaeve fierce and determined, but she is also an incredibly powerful channeler. She is possibly the strongest of any woman in known memory. However, much like young Egwene, she lacks the training and knowledge to truly use her powers with purpose.

5 Moraine Sedai Is More Determined Than Anyone

It becomes quite clear throughout Wheel Of Time that nobody is more determined to stand against the Shadow than Moraine Sedai. She will go to any length, and make any sacrifice, if it means fulfilling her purpose and keeping the Dark One locked away.

Though not the most powerful of Aes Sedai, Moraine is still a force to be reckoned with. Her skills are honed from years pursuing the Dragon Reborn. Not only is Moraine able to hold her own in combat, but she clearly wields much influence as well, as might be expected of someone from the Blue Ajah.

Throughout the ages, many men have claimed the title of Dragon Reborn. All were proven wrong and eventually met unfortunate ends. Their unfortunate ends were typically madness or the gentling of the Aes Sedai. Red Ajah’s sole purpose is finding such men and severing them from the Source.

Logain Ablar is no exception to this. It is clear that Logain is a strong channeler, capable of straining several Aes Sedai at once. He’s also a leader of great influence, conquering kingdoms and turning their rulers to his cause. After he is gentled, however, Logain is reduced to a shell of what he once was.

3 Siuan Sanche Commands The Might Of The White Tower

The most powerful of all the Aes Sedai is not necessarily the strongest channeler, but the woman who holds the Amyrlin Seat, who takes that name as her title. The current Amyrlin Seat is Siuan Sanche, who was once the daughter of a fisherman but now is the most influential person in the world.

RELATED: Everything We Know About Netflix’s Live-Action Avatar Series

The scenes that take place in Tar Valon make it clear just how powerful the Amyrlin Seat is. Not only does she control the most skilled channelers, and a veritable army of Warders, but her influence spreads to almost all the kingdoms of the known world. These kingdoms must pay grudging respect to this important position.

2 Rand Al’Thor Is The Dragon Reborn

Though he begins Wheel Of Time as just a simple farm boy, it becomes clear that Rand al’Thor is much more than that. He is the inheritor of the most important legacy in the entire world, that of the Dragon Reborn.

While he may in many ways still be a brash and occasionally petulant young man, his true power becomes known at the end of the first season. He finally realizes that he can channel. Enhancing those powers further is the Sa’Angreal he is given by Moraine. This is enough for him to challenge the Dark One, even though he’s untrained.

1 The Dark One Is A Force Of Cosmic Evil

The prophesy states that the Dragon Reborn is the only one capable of sealing the Dark One away, but there is no doubt that this is an entity of extreme and almost unfathomable power. Even still, the Dark One’s power cannot be underestimated, even in its current form. It controls the vast armies of Trollocs, Myddraal, and the Dark Friends that spy and murder on its behalf. Only one thing seems to lie beyond the Dark One’s grasp, and that is the Pattern weaved by the Wheel of Time itself.

NEXT: The Boys: 10 Most Powerful Characters 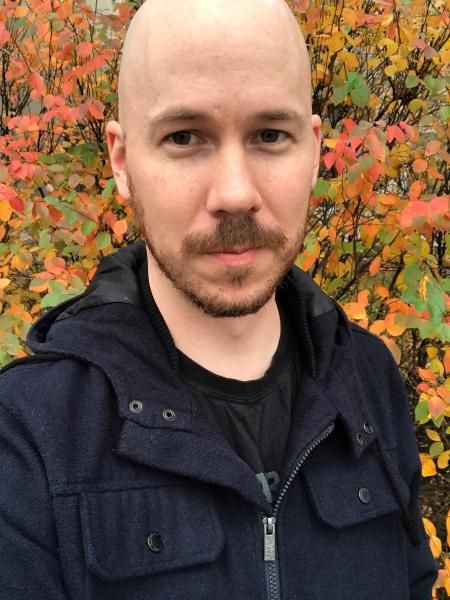 Jared King is a writer and content creator with extensive experience in the fields of gaming and entertainment and now writes as a contributor to CBR. Having worked his way up from burger flipper to a manager in a successful restaurant, he decided to take the plunge and pursue his passion of writing and creating full time, which he continues to this day in many forms of media across the internet. His love of storytelling has given him wide expertise on all things entertainment, from video games and tabletop roleplaying to television and movies, which he uses to inform his work in many ways. You can find Jared on Twitter at jdkingwrites.