Video game developers often make demos so that the public can try out a game before it is released. This also helps to promote an upcoming title and reach a wider audience, and more importantly, potential buyers. Demos briefly immerse gamers within a virtual universe and give consumers an opportunity to test out the game’s mechanics and handling.

RELATED: 10 Movies That Only Had Sequels In Video Game Form

For many reasons, a game’s release date is sometimes postponed. This can add to the availability of a demo and keep fans entertained for longer. Before digital distribution, demos were available on a promotional disc or cartridge, which many people decided to keep in their collection. Demos have encouraged gamers to continuously replay parts of entertaining titles and keep people playing for weeks on end, sometimes as much— if not more— than they play full games.

The most successful skateboarding game franchise originally came to video game consoles in 1999. Tony Hawk was known for his accomplishments in the skateboarding world and was chosen to be the face of Neversoft’s initial title in the series. The game went on to gain global popularity thanks to the assistance of the demo version.

A demo was released for the then-upcoming game that gave people a taste of Tony Hawk’s Pro Skater. It offered a first look at the legendary “Warehouse” level and allowed gamers to learn how to play properly. Players would play the demo non-stop to explore the entirety of the level and beat their high score. Because of the free-roam aspect and occasional bail, the outcome of each attempt was always different.

9 Destroy All Humans! Lets Players Sample The Life Of An Alien

Before the closure of Pandemic Studios, the developers brought us the original Destroy All Humans! back in 2005. Due to the game’s success, Destroy All Humans! 2 came out just a year later where players could continue to wreak havoc and abduct puny earthlings.

RELATED: 10 Video Games That Are Heavily Influenced By The Alien Movies

Thanks to Black Forest Games, a remake of the original became available in 2020. A downloadable demo teased players with the first mission which is set in a farmland environment in 1950’s America. Although story progression is limited, the demo allows people to experiment with psychokinetic powers and alien weaponry as gamers play as the protagonist, Crypto-137.

Capcom’s first game of the franchise has an addictive game demo for players to try before they buy. The demo introduces players to the Parkview Mall in Willamette where a recent zombie outbreak has taken place. Gamers explore the Paradise Plaza whilst using anything you can pick up as a weapon. Players must fight against the undead and do whatever they can to survive.

The demo offers varied gameplay which can be replayed again and again to fulfill your zombie slashing needs. For months, players would constantly restart the demo and battle their way through the hordes trying to delve deeper into the zombie invasion. And, unlike the full game, the demo didn’t have a strict time limit, so some actually prefer it to the retail release since they could have more relaxed fun with it.

Game developers Attention To Detail made the futuristic racing game Firebugs in 2002. This PlayStation exclusive released a demo so players could get a look at the slick game design, speedy vehicles, and crazy racetracks.

In the UK, during the PSone era, Sony teamed up with McDonald’s to bring consumers PlayStation demo discs. The Firebugs demo lets gamers choose from two different characters and two racetracks. Players can grasp the handling and try out the range of powerful weapons within the game. Although there isn’t a lot of choice in the demo version, it still provided players with hours of entertainment and the opportunity to practice driving upside-down at insanely fast speeds.

The Skate journey started in 2007 on the PlayStation 3 and Xbox 360. EA introduced the world to a revolutionary new way of executing skateboard tricks with accuracy and precision in an open-world environment.

Before it hit the shelves, a Skate demo was released which allowed fans to become accustomed to the controls. The demo teaches players the fundamental tricks and includes a timed skate around the park after the tutorial. While players waited in anticipation for the full game, people could practice their technique and get to grips with the controls. Even though the demo is limited, it got gamers excited and encouraged players to keep replaying and land their favorite tricks.

Also known simply as Halo (and, retroactively, Halo 1) this game was the first title from the franchise which came out in 2001. It was initially intended for the PC only, but during development, it switched to being a timed exclusive for the original Xbox console. But the demo for the PC version allows gamers to play through a mission from the single-player campaign.

RELATED: Goldeneye & 8 Other Games More Noteworthy Than The Movies They’re Based On

The PC version includes more features than the console demo, such as multiplayer. Anyone using a computer and the same local network can play the Halo demo together. The PC demo also includes more maps, modes, and weapons, as well as the famous Banshee. The demo is still played today by Halo fanatics and bored office workers.

4 Destruction Derby Raw Gets Gamers Revved Up For Wrecking

Another demo that kept people busy for months was Studio 33’s Destruction Derby Raw. This game is the third installation in the series and began retailing in the year 2000 for the PSone.

As well as typically demolishing other cars to be the last one standing, the game also features races and 3 tracks to choose from on the demo. This gave gamers with an appetite for destruction the chance to collide with other vehicles and gain points from spins, rolls, and combos. Although the aim of the game is straightforward, players found the demo to be challenging. The chaos and carnage made Destruction Derby Raw stand out from any other racing game.

The hoverboarding video game, Airblade, came to PlayStation 2 consoles in 2001. At the time, the Official PlayStation Magazine released demo discs that contained samples of various games, one of which was Airblade.

The game’s controls and maneuverability were familiar and allowed gamers to jump straight into the arcade-like action. Airblade has some exciting and unique features compared to skateboarding games, such as speed boosts, annoying pedestrians, and no wheels under the board. Even though “Downtown” is the only map players can experience in the demo version, the level includes a list of challenging tasks. This had gamers and hoverboard enthusiasts replaying the demo to complete all of the objectives and reach new high scores.

The original Rayman came out in 1995, and since then, the series has grown into a beloved franchise. Rayman Legends was released in 2013 across all major platforms including the Nintendo Switch and Wii U.

RELATED: 10 Mostly Terrible Game Franchises That Had That Managed One Good Entry

The demo version was everything fans wanted and more. Two main levels are available for players to try out as well as the preliminary music level, “Castle Rock.” A side game, Kung Foot, is also accessible in the demo which is a Rayman-themed take on soccer. Because of the game’s visually appealing scenery, catchy music, and fluid mechanics, repeating levels is far from a chore. This demo is jam-packed with excitement and satisfying gameplay for gamers of all ages.

1 Prince of Persia: Sands Of Time Gives Players A Taste Of Time-Bending Adventure

In 2003, the new Prince Of Persia game was released and Sony and Xbox were looking for big titles to showcase their next-generation consoles. The Prince Of Persia: Sands Of Time demo was often used in retail stores so people could try out the latest platforms and AAA video games.

As a result, this action-adventure game became well-known around the world. The demo lets people play through the first mission giving them a one-of-a-kind experience combining parkour and sword fighting. Players must scale buildings, run across walls, and turn back time to complete the demo.

NEXT: 10 Best A-RPGs Ever Made, Ranked According To OpenCritic


Next
Naruto: 5 Times The Akatsuki Were Right (& 5 They Weren’t) 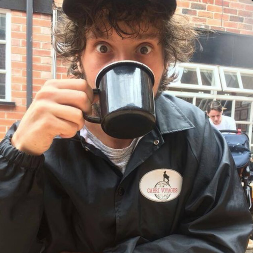 Benny Clewes is a gamer, chef, and music enthusiast. He lives in sunny Spain and is a writer for Comic Book Resources. Benny graduated from Leeds Metropolitan University in the UK and achieved a degree in Music Production. He can play the congas, spin records, and is a Grade 8 drummer. As well as a passion for music and sound, Benny also has a love for technology, culture, and space.