The Doctor Strange comics answer the question of what he eats when he’s not defending reality. But the disgusting answer has an important reason.

As Sorcerer Supreme, Doctor Strange faces many dangerous magical threats that, if left unchecked, could destroy his reality and countless others. Strange often accesses ancient magics to combat these foes that allow him to gain an edge over his enemies. Yet, while fans witnessed his incredible acts in comics, they rarely saw the consequences. Then in 2015, Jason Aaron and Chris Bachalo explored the dietary repercussions in disgusting detail and proved that everything has a cost. Could the Marvel Cinematic Universe show viewers the same?

Aaron and Bachalo’s Doctor Strange series treated readers to a detailed look at what it’s like to be a sorcerer. Strange has spent years conducting magic, borrowing it from multiple realities and channeling it through his body. Unfortunately, doing so has yielded side effects turning his digestive system into something less than human. As a result, he can no longer consume human food, including pizza. Worse, the process needed to ingest his new diet is violent, disgusting, and wildly unexpected. 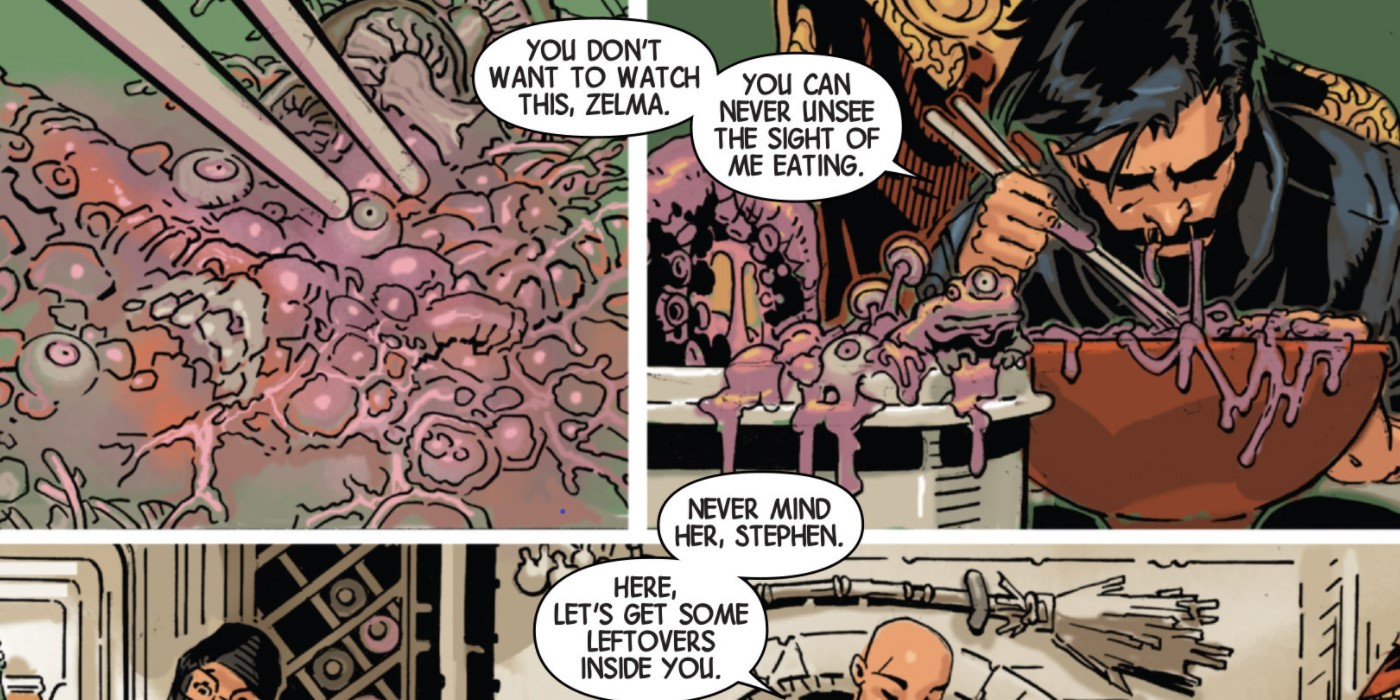 After a string of magical missions have weakened the Sorcerer Supreme, Wong offers to make him lunch which consists of rancid organic creatures and parts like eyeballs and tentacles. According to Strange, the concoction “tastes like leprosy,” but it’s the only thing that can fuel the skilled magician. But even more unsettling than the food he consumes is the reasoning for why he does it. It’s literally a matter of life and death.

According to Wong, the concoctions he makes for Strange would kill an average human and may even kill the doctor in time. As Strange’s friend explains, “every punch has a cost.” However, the Sorcerer Supreme gladly pays that price because his drive to defend and help others in need will always come before his safety. Strange knowingly made himself a servant to a greater cause by learning magic.

RELATED: Who Were Loki’s Young Avengers – And What Happened To Them? 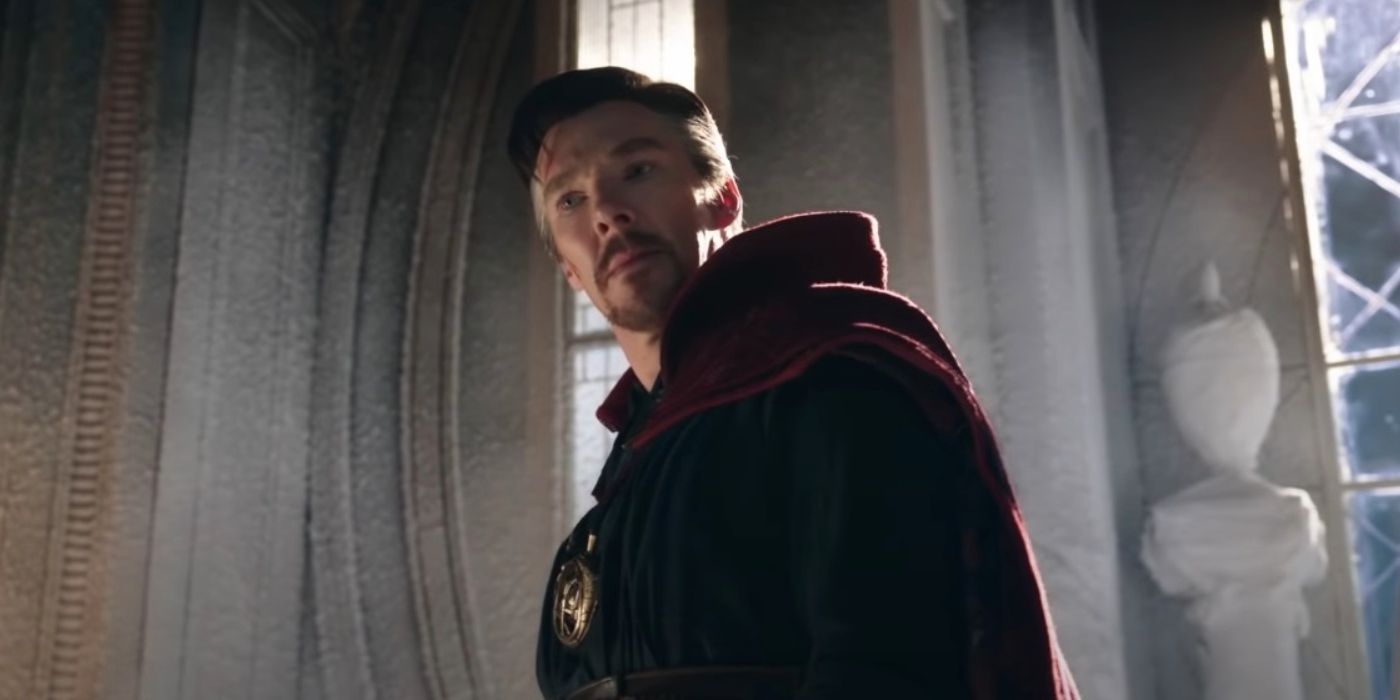 For now, the MCU has yet to explore this darker aspect of the character’s history. However, there have been recent hints. For instance, Spider-Man: No Way Home offers audiences a tease while in the Undercroft. As Ned looks for food, he opens the fridge and sees a collection of living organisms in bowls and jars. The film doesn’t explain this, but it could tease the sorcerer’s disgusting diet. What If…? has also seen him consuming multiple magical beings to obtain more power.

Doctor Strange in the Multiverse of Madness has the potential to show the stomach-turning way the sorcerer fuels up between cases. Perhaps, playing catch up after the blip has demanded fuel fast, or he’s preparing for some great future event. Regardless, however gross, his diet carries a powerful meaning. Even though he knows that his choices will likely lead to an early grave, Strange will continue to eat those “foods” if it means that countless more innocents will be able to live—solidifying why he’s one of the greatest sorcerers ever.

KEEP READING: What Was Marvel’s Mother – And How Did It Nearly Destroy The Universe?