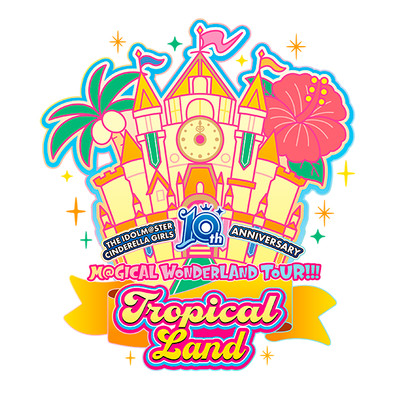 The official website for The [email protected] franchise announced on Tuesday that the franchise‘s “THE IDOLM＠STER MILLION LIVE! ~Let’s get Together!!!~” event is canceled, and the “THE [email protected] CINDERELLA GIRLS 10th ANNIVERSARY [email protected] WONDERLAND TOUR!!! Tropical Land” event will now only have online streams, with no in-person audience. Both changes are due to the Japanese government’s new anti-coronavirus measures and the declaration of a quasi-state of emergency in three prefectures.

“THE IDOLM＠STER MILLION LIVE! ~Let’s get Together!!!~” was scheduled to take place at the Budokan in Tokyo on January 14-16, while “THE [email protected] CINDERELLA GIRLS 10th ANNIVERSARY [email protected] WONDERLAND TOUR!!! Tropical Land” was scheduled to take place at the Okinawa Arena in Okinawa on January 29-30. Instead of the event on January 14-16, Bandai Namco Entertainment will host a paid livestream of the “THE IDOLM＠STER MILLION LIVE! 7thLIVE Q＠MP FLYER!!! Reburn” event that took place in May 2021.

The “THE [email protected] CINDERELLA GIRLS 10th ANNIVERSARY [email protected] WONDERLAND TOUR!!! Tropical Land” event will no longer take place at the Okinawa venue, and will instead be live streamed from another location.

Previous quasi-states of emergency, which have less strict guidelines compared to a full state of emergency, have asked dining and drinking establishments to stop selling alcohol, limit their hours, and limit the number of customers. They have also offered some financial compensation to businesses that comply with the guidelines, and they imposed additional anti-virus measures.