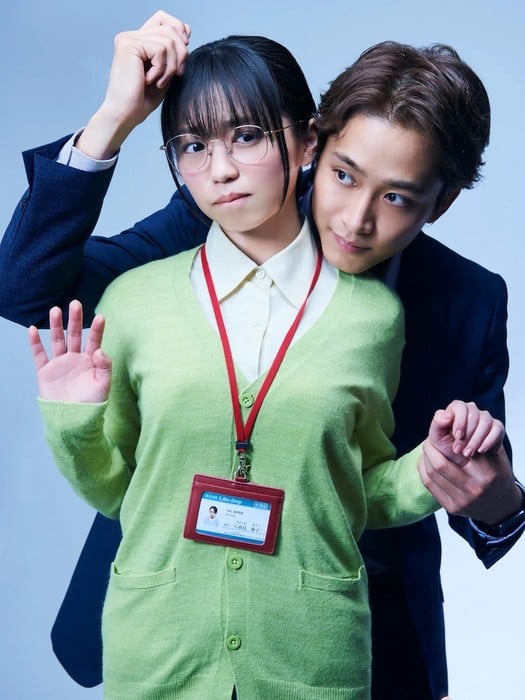 The visual above featuring Satō and Ōhara is inspired by the cover art for the manga’s first volume.

Shūhei Shibue and Yuki Kumagai are directing the series, with scripts by Moral (live-action Way of the Househusband), Tete Inoue, and Santa Ikegame. 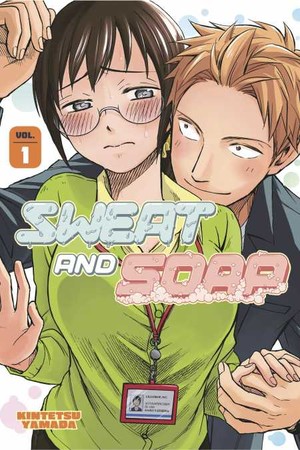 Yamada launched the manga in Kodansha‘s Morning and D Morning magazines in 2018, and ended the series in January 2021. The manga’s 11th and final compiled volume shipped in May 2021. The manga will get a new chapter in Yamada’s short story collection book that will ship on January 21.

Kodansha Comics is publishing the manga in English, and it describes the story:

Asako’s living her dream, working at the toiletry maker Lilia Drop. Little do her coworkers know, the reason she loves the company so much is that she’s ashamed of her body odor, and their soap is the only thing that does the trick. So when the company’s lead product developer, a perfuming genius, approaches her in the lobby and wonders what “that smell” is, she’s terrified … but could it be … that he likes it? And, even more surprising to Yae … does she like him?

The hilarious ups and downs of an office romance at a personal care products company are the subject of this sexy, strange romp. Sweat and Soap combines the odd-couple chemistry of Wotakoi, the “too real!” workplace comedy of Aggretsuko, and a heavy dollop of office steaminess!

The manga ranked at #17 on the 2019 edition of Takarajimasha‘s Kono Manga ga Sugoi! guidebook for the top manga for male readers. The manga was also nominated for Kodansha‘s 45th annual Manga Awards in the Best General Manga category in April 2021.