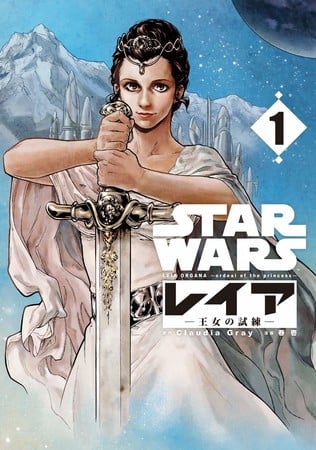 The LINE Manga app revealed on Saturday that Haruichi‘s Star Wars: Leia Ōjo no Shiren (Star Wars Leia, Princess of Alderaan) manga is going back on hiatus “for a little while.” The LINE app will still publish bonus illustrations during the hiatus.

Star Wars Leia, Princess of Alderaan launched on the LINE Manga app in May 2019, and had gone on short breaks multiple times since its launch. The series went on an indefinite hiatus in January 2020 due to Haruichi‘s poor physical health, and then returned on May 8. The manga’s second volume shipped on September 15.

Yen Press publishes the manga in English, and it describes the story:

The never-before-told story of how young Leia Organa comes to join the rebellion against the evil Empire. Claudia Gray is the author of Star Wars: Lost Stars, a Star Wars YA novel adapted into a manga published by Yen Press.

A young Princess Leia spends her days learning the ways of politics, aiding those in need and preparing for the traditional ceremony in which she declares her intention to one day rule Alderaan. But as Leia prepares herself to be named the heir of the throne, she becomes aware of the growing distance between her and her parents, who behind closed doors are leaders of the newly-formed Rebellion. Upon learning her parents’ secrets, Leia must now make a choice between her responsibility to the people of Alderaan and her responsibility to save a galaxy crushed by the rule of the Empire.