The Magic of Tidying Up: Seven Seas Licenses HIS MAJESTY THE DEMON KING’S HOUSEKEEPER Manga Series 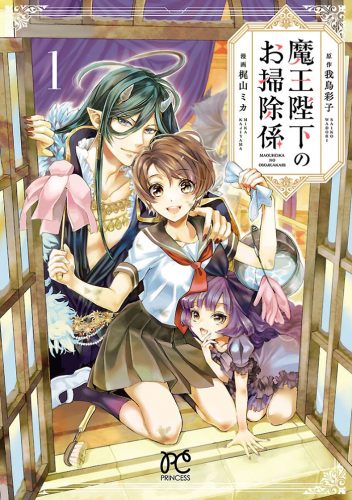 Manga series His Majesty the Demon King’s Housekeeper by Saiko Wadori and Mika Kajiyama, a lighthearted shojo tale about a high school girl who uses her passion for cleanliness to fix up a fantasy world!

Sakura loves when everything is neat, clean, and in its place. She’s on the school Beautification Committee and spends every spare moment mopping or dusting to keep things tidy and perfect. When Sakura is transported to a fantasy world, she’s immediately flabbergasted by how dirty everything is! The land is under a curse which prohibits cleaning magic, and the residents have really let things go. Even the demon king’s castle is a complete mess. Sakura isn’t going to stand for it. She’ll put this kingdom in order, even if it means working directly with the intimidatingly attractive demon king himself!

Seven Seas will publish the manga series His Majesty the Demon King’s Housekeeper for the first time in North America in print and on digital platforms in single volume editions. Volume 1 will be released in May 2022 for $13.99 USA / $17.99 CAN. 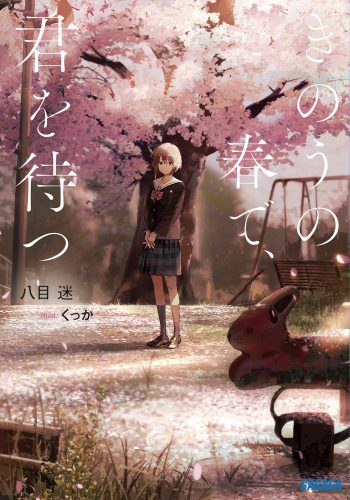 Through its Airship light novel imprint, the license acquisition of the light novel Wait For Me Yesterday by Mokumei Hachi and Kukka. Childhood friends use time travel to try to avert tragedy in this bittersweet book about growing up, love, and loss–by the creators of the light novel and manga series The Tunnel to Summer, the Exit of Goodbye (also from Seven Seas).

After disturbing experiences in the city, seventeen-year-old Kanae flees back to his childhood home on a remote island. Once there, he reunites with his old friend and first love, Akari. But suddenly, Kanae finds himself propelled four days into the future. Akari’s older brother is now dead and Kanae has no memory of what happened in the intervening four days. Can Kanae travel back in time to prevent the death of Akari’s brother?

Seven Seas will publish Wait For Me Yesterday (Light Novel) for the first time in North America in a single large-trim edition. The book will be released in May 2022 for $14.99 USA / $18.99 CAN as part of Seven Seas’ Airship imprint. 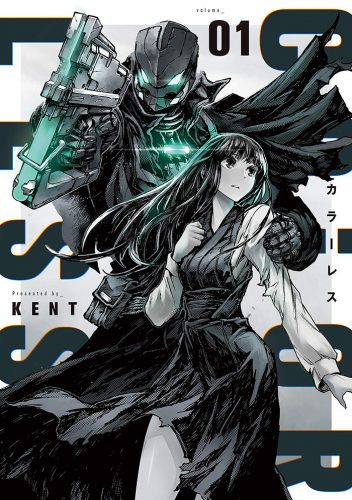 Science fiction manga series COLORLESS by Kent, a stylish noir-punk thriller set in a world stripped of its color and humanity. This visually striking manga series is presented in two-tone printing that contrasts a gritty, monochromatic world with sudden electric splashes of neon color.

A cosmic disaster changed the Earth forever, stripping away every last drop of color from the world. Mankind also changed: the familiar human face is almost forgotten in a world now populated wholly by mutants. Against the backdrop of a moody urban landscape, a lone wolf investigator named Avidia relies on both his wits and extraordinary gun to hunt down the world’s last hidden scraps of color. He soon crosses paths with a very special girl–one who just might hold the key to bringing back what the world has lost.

Seven Seas will publish the manga series COLORLESS for the first time in North America in print and on digital platforms in single volume editions. Volume 1 will be released in May 2022 for $14.99 USA / $18.99 CAN.

DC unveils a new design for Nightwing, and it’s perfect