Matt Bettinelli-Olpin, co-director of the new Scream film, writes a letter to fans of the franchise, asking that spoilers be kept on the down-low.

Just days away from the release of Scream, co-director Matt Bettinelli-Olpin is asking fans to keep quiet about the movie’s surprises.

Bettinelli-Olpin put out the request on Twitter, addressed the brief note to the fans of the franchise. “As opening day approaches, we’d like to ask you a small favor — please be kind to your fellow fans and keep spoilers to yourselves,” writes Bettinelli-Olpin. “The whole cast and crew worked so hard over the last two years to keep our many secrets so that everyone can hopefully have the same kind of experience we did when we first fell in love with Scream — spoiler-free. We thank you, we love you, and we hope you enjoy watching the film as much as we enjoyed making it. It’s been an honor.” In a nod to Wes Craven, the director of the previous four Scream films who died in 2015, Bettinelli-Olpin concluded his message with the hashtag #ForWes.

Fans have been eagerly awaiting the next Scream installment for years. Scream 4, which was released in 2011, underperformed at the box office, leading many to question the future of the iconic horror franchise. Following Craven’s death in 2015, plans for a new Scream trilogy were scrapped. However, Ghostface got another chance at life that same year when MTV launched a Scream TV series that aired for two seasons on the network before moving to VH1 for its third season titled Scream: Ressurection.

Spyglass Media Group officially announced the latest Scream in late 2o19. Neve Campbell confirmed that she would be reprising her iconic role as Sidney Prescott, joined by Courtney Cox and David Arquette as Gale Weathers and Dewey Riley, respectively. In addition, Ghostface will sound devilishly familiar as Roger L. Jackson is returning to voice the masked killer

The latest installment to the Scream franchise is set twenty-five years after the original murders and will feature a new killer donning the Ghostface mask to target local teenagers. The new film will feature plenty of callbacks to its predecessors. The latest trailer reveals homages to the first film such as Dewey explaining how to survive Ghostface– reminiscent of Randy’s survival rules– and familiar locations like Stu’s old house.

In a recent interview, Cox revealed what Gale has been up to in the eleven years since Scream 4. “Gale now works on a morning show,” Cox said. “She has the respect of a job where she gets to call the shots and has an audience that is tuning in just for her. She’s in a better place, as far as her professional life goes. I don’t think that personally, she’s in a great place. But, you know, she’s very selfish, so I’m not sure she’s ever going to be one to find happiness in that way.”

In addition to returning cast members, Scream will feature a host of newcomers including Jack Quaid, Melissa Barrera, Jenna Ortega, and Dylan Minnette. Directed by Matt Bettinelli-Olpin and Tyler Gillett and written by James Vanderbilt and Guy Busick, Scream will arrive in theaters on Jan. 14, 2022. But lest you forget Bettinelli-Olpin’s request: keep the spoilers to yourself. 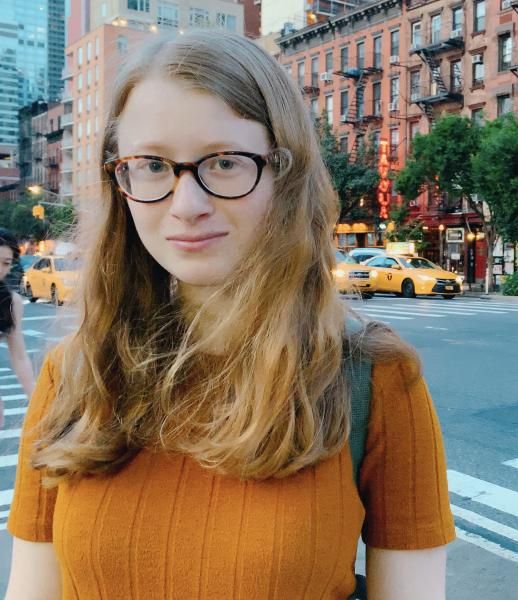 Molly is a freelance writer and journalist who has written for publications such as Bloomberg CityLab and Longreads. In her spare time, she enjoys watching film/television with a cat on her lap. Favorite shows include The Leftovers, Hanna, Watchmen, Russian Doll, and It’s Always Sunny in Philadelphia. When she’s not checking out new movies, she’s probably rewatching The Shining, The Truman Show, Airplane!, Kill Bill, or a handful of other favorites.