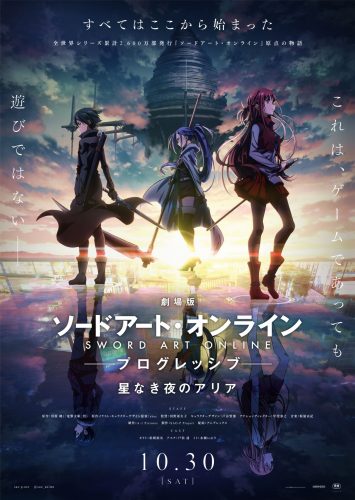 Asuna Gains Her Moment in the Sun

We know the story of Kirito The Black Swordsman who cleared Aincrad and saved thousands of trapped players in the deadly game called Sword Art Online. However, Asuna’s story has never been fully shared, until now, that is. After Asuna entered the death game Sword Art Online, she quickly discovered this game would take all of her skill and courage to survive each and every challenge. Asuna wasn’t alone, though, her school friend Mito was also a trapped player in SAO and together they moved forward to somehow survive. Sword Art Online: Progressive Movie – Hoshi Naki Yoru no Aria (Sword Art Online the Movie -Progressive- Aria of a Starless Night) examines another version of origins to two players who would fight for their lives and come to be known as the heroes of Aincrad…

SAO Progressive doesn’t waste time making something quite clear to the audience watching, this is not Kirito’s story but instead, this is all about Asuna and her trials and tribulations as a new player. Asuna tells her friend Mito—who is a gamer—that SAO is her first real foray into VRMMOs and you can tell as she struggles on the onset to even fight simple wolf enemies. Why we loved this shift in dynamic from being a Kirito-centered story is that the Asuna we know from SAO is a powerful rapier warrior who earned the nickname “Lighting Flash” but we never saw how she began to work her way towards earning that nickname.

Unfortunately, there is one small problem with SAO Progressive and focusing on creating an alternative tale on Asuna’s origin tale. Mito—who is the second biggest character in SAO Progressive—becomes a bit of a plot-hole. We do know that SAO Progressive will have another movie—that is revealed after the credits—so we do hope Mito is brought back to complete her story; but if she isn’t, then it will make a lot of the bonding moments between her and Asuna almost unnecessary. 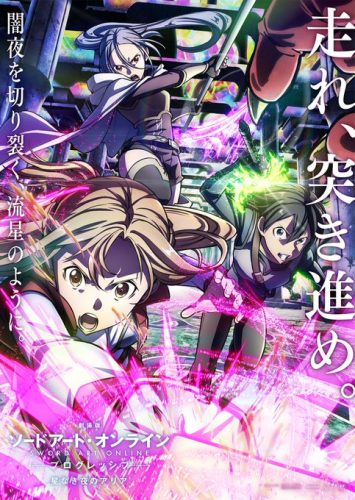 A-1 Pictures has never made a bad-looking SAO season or movie and SAO Progressive doesn’t change that theme. We loved the animation in this film as every enemy, character, and setting had greater detail than seen in season one of SAO. This is especially noticeable when the team fights against the floor one boss which now looks twenty times more stunning than before! It could have been very easy for SAO Progressive to go the cheap route like some anime movies and re-use scenes from the first episodes but SAO Progressive changes every little detail to be more in tune with something from 2021!

Many fans of the original SAO story will agree that the show is quick to fly through the initial floors with little details on what enemies existed on floor one and what threat the beginning players had to endure. SAO Progressive changes all that by thoroughly diving into floor one and really fleshing out all there is to see and wonder about.

This might sound silly as floor one is just that, floor one, but this more focused view helps not only see Asuna’s story but to really feel the depth of fear players had in the early months of SAO. Just like Asuna, many players had never experienced the world of Aincrad—unlike the beta testers like Kirito and Mito—so this first floor is like an entire game in itself! Death could come with one simple mistake and seeing that from the early stage gives SAO’s survival that much more impact. 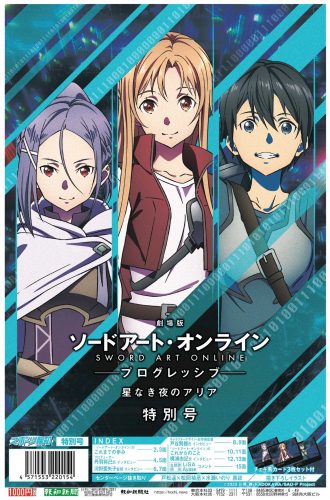 Don’t go into SAO Progressive thinking you’re going to see Asuna, Kirito, and newcomer Mito all together for the entire film. For those who love the OP beta-testing Kirito, he barely shows up in this movie. There are a few quick scenes of Kirito here and there and he does have a bigger role to play near the film’s conclusion but Kirito takes a big backseat to Asuna as this is primarily her origin story. In our opinion, this is a smart move on SAO Progressive’s part as we’ve seen Kirito’s story in the original SAO but fans of the dual-wielding hero will no doubt be a bit sadden he has such a small role to play here.

Another sad reality of the almost non-existent Kirito is that he does appear for the last 30 minutes of SAO Progressive but has almost exactly the same story as he did in the original story. This is a bit of an odd move seeing as how Asuna gets a big reworked story and yet Kirito is basically the same as before.

SAO Progressive tries extremely hard to make you fear for Asuna’s life numerous times during the 97-minute run time but here is the problem with that; we know her fate already. There’s a scene where Mito watches Asuna’s HP bar dip into red and she begins to panic that she may lose her closest friend! Yet, we know Asuna survives SAO and we know where her path takes her, so seeing as how she has heavy plot armor, SAO Progressive fails to really make the audience panic about her coming close to death. Asuna’s various “close to death” battles do have some adrenaline-inducing moments but you won’t scream worrying about a character that you know survives the world of SAO.

While it was nice to see Asuna’s life outside the death game and see her dynamic between her family and friends from before she entered the terrifying world of SAO, it did take a bit too long before Sword Art Online The Movie – Progressive – Aria of a Starless Night really got into the meat of this prequel tale/alternative story. Nearly twenty minutes are devoted to Asuna before she dons the NerveGear and a lot of that time could have been trimmed out. We all know Asuna had a pretty cruel mom and we equally know she was already a smart girl at school so it feels like a lot of that was unnecessary fluff to extend the story of SAO Progressive. Though that being said, we do understand that this was meant to ensure the audience understood this was Asuna’s tale more than just Kirito. 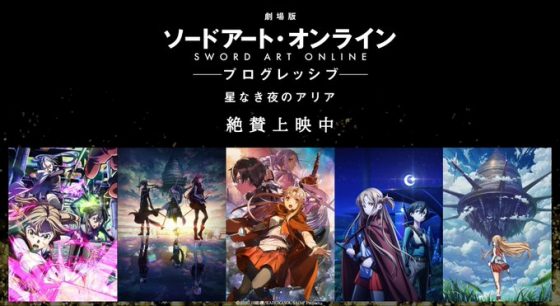 A-1 Pictures has never disappointed with how they handle SAO and that hasn’t changed with this latest movie! Sword Art Online The Movie – Progressive – Aria of a Starless Night was a nice return to the original story we loved so much and we got to see it from a totally different perspective this time around. While it does have some minor issues here and there, there was never a moment where we weren’t glued to our screens watching every gorgeous scene and wondering what would happen next to Mito, Asuna, and Kirito. Plus, with that second movie announced after the credits roll we are happy that SAO Progressive will be further expanded to fix this new story and see how it differs from the original tale! Fans of SAO won’t find many reasons to not enjoy Progressive and we would agree there’s very little to not enjoy here.

Are you fellow readers looking forward to Sword Art Online The Movie – Progressive – Aria of a Starless Night? Let us know how excited you guys/girls are to see it and if you already have, tell us what your thoughts were in the comments below! Keep stuck to our SAO-loving hive here at Honey’s Anime for even more anime reviews and amazing articles!

Hey everyone I’m Aaron Curbelo or Blade as I’m called by my YouTube Subscribers. I’ve been an anime/manga fan since I was a young kid. In terms of anime I have watched nearly a thousand shows and have read hundreds of manga series. I love writing and honestly was so happy to join Honey’s Anime to get a shot to write articles for such a wonderful site. I’m a firm believer in respect in the anime community being the most important embodiment we should all have. We all love anime and we have varying opinions of series but we should respect one another for those differences! Life is too precious to spend it making needless arguments in a community that should be the shining example of loving an amazing medium. I hope as a writer for Honey’s Anime I can bring you folks some amazing articles to read and enjoy!

Why Did Spider-Man Celebrate an NFL Player from the Kansas City Chiefs?

‘The Beatles: Get Back’ Rooftop Concert to Get a One Night IMAX Event