A crew of camera operators walked off the set of Rust in order to protest working conditions mere hours before the accidental shooting took place.

Six hours before the prop gun accident that killed Rust cinematographer Halyna Hutchins and injured the director Joel Souza, a group of a half dozen crew members left the set in protest of the Alec Baldwin film’s poor working conditions.

Three people familiar with the production spoke to The Los Angeles Times about the crew incident that took place hours before the accidental shooting by the film’s star and producer Alec Baldwin. The crew of camera operators and their assistants reportedly had complaints due to the film’s long work hours and paycheck delays. In addition, the crew had been told that they would receive paid-for lodging near the film’s set at Bonanza Creek Ranch in Santa Fe, New Mexico; however, as production began, the crew was informed that they would instead need to make the 50-mile drive from Albuquerque each day.

On the day of the shooting, the camera crew arrived on set at 6:30 a.m. as scheduled and began to prepare their equipment to leave. After an hour of packing their equipment, a member of the producer team ordered the union crew members to leave or security would remove them from the set. Producers replaced the camera team with nonunion members. “Corners were being cut — and they brought in nonunion people so they could continue shooting,” one of the sources explained to The Los Angeles Times. They added, “There was a serious lack of safety meetings on this set,” in reference to three prop gun misfires in the week leading up to the shooting.

The accidental shooting took place six hours after the camera crew left Bonanza Creek Ranch, allegedly during a rehearsal of a gun fight that takes place on the set’s church. The incident, which occurred around 1:50 p.m. on Oct. 21, killed cinematographer Hutchins and critically injured Souza. According to crew members, Hutchins had been campaigning for safer on-set conditions prior to the shooting. Souza reportedly left the hospital during the morning of Oct. 22. Production on Rust has been suspended.

An email from the Local 44 of the International Alliance of Theatrical Stage Employees claimed that “a live single round was accidentally fired on set by the principal actor,” on the set of Rust. Sante Fe County Sheriff’s Office spokesman Juan Rios clarified that “live” can refer to any material loaded into a gun, blank or otherwise, in the film industry and that “we haven’t even begun the forensics on that issue.” It is currently unknown whether a blank or a real bullet was discharged from the prop gun.

Baldwin, who fired the prop gun, released a statement in regards to the accident on Twitter. “There are no words to convey my shock and sadness regarding the tragic accident that took the life of Halyna Hutchins, a wife, mother and deeply admired colleague of ours,” he wrote. He assured that he was “fully cooperating with the police investigation.” 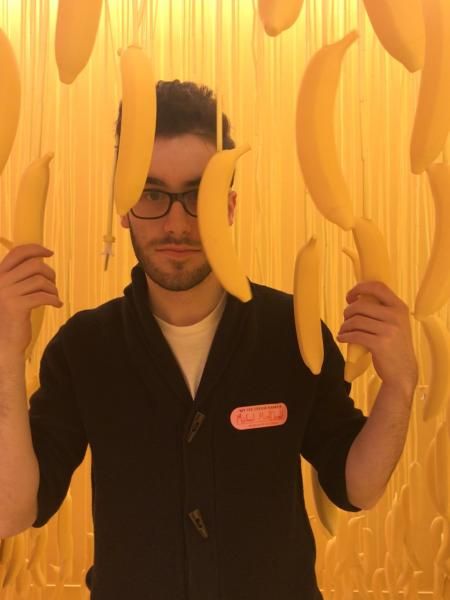 Michael McDonald is a writer and film student currently living in New York, NY. Previously a bartender at Broadway shows, Michael is now a writer for Valnet and Comic Book Resources. He graduated from Skidmore College with a Bachelor’s degree in English. His love of film and video gaming inspires him to write!