Game launches in N. America on March 22, Europe on March 25

The game will launch in North America on March 22 and in Europe on March 25. The game was previously slated for a release last year before a delay to early this year. 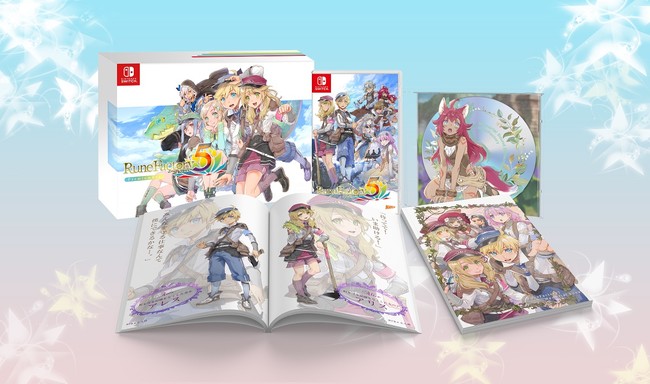 Set off on a grand adventure in a fantasy world with the latest entry in the Rune Factory simulation RPG series. After losing their memory, the hero lands in a small town blessed by nature. There, they are recruited into a band of peacekeeping rangers, and their new life begins. In addition to their normal duties, the hero can farm the land, cast a line into the nearby river, and so much more! Team up with townsfolk to battle monsters and unleash powerful combination attacks—just one of the features new to the series. The stage is set, and the curtain rises on an exciting new adventure in Rune Factory 5!

XSEED Games released Rune Factory 4 Special, a remastered Nintendo Switch version of Rune Factory 4, for Switch in North America in February 2020. Marvelous Europe also released it in Europe and Australia in February 2020. The game then launched for PlayStation 4, Xbox One, and PC via Steam and the Microsoft Store in North America on December 7. Marvelous released the game in Europe and Australia for the same systems on the same day. The game launched in Japan in July 2019. Developer Neverland released Rune Factory 4 for the Nintendo 3DS in Japan in July 2012, and XSEED Games released the game in North America in October 2013. Neverland filed for bankruptcy in 2013 and the release was canceled in Europe.

WOMAN WITHOUT FEAR brings Elektra face-to-face with her past