Rey and Kylo Ren, aka Reylo, rose to prominence in the Star Wars sequel trilogy. As it fades, these Star Wars ships are gaining traction among fans.

For five long years across one divisive trilogy of films, the word “Reylo” has brought war to the age-old Star Wars fandom. The term — used to identify the complicated subtextual relationship between Rey Skywalker and Kylo Ren in the Star Wars sequel trilogy — has never had an easy go of it. It became a barometer of sorts for the fandom, drawing a hard line between hardcore Reylo shippers and the antis who presented valid criticism.

Since the pairing came to the public eye in Star Wars: The Force Awakens, Reylo has enjoyed the kind of love-it-or-hate-it infamy reserved only for the most controversial topics. Despite the backlash, Reylo was the most popular ship on Tumblr in 2020, securing the #1 spot on the platform’s Top Ships list in their Year in Review. The list, similar in a sense to one’s Spotify Wrapped, ranks the most-discussed pairings of the year whether that discussion is positive or negative. But this year, the ship’s popularity has dropped significantly, and several quieter Star Wars ships have snatched placements for themselves on Tumblr’s platform.

The website’s latest Top Ships list sees Reylo plummet to spot #48 — a surprising dip, given how consumed the fandom was with the pairing. As Reylo dropped from the coveted top spot, three other pairings placed on the list for the first time. “Dinluke,” for The Mandalorian’s Din Djarin and Luke Skywalker, secured the 24th spot. The show’s fandom has a propensity for shipping Din with any number of characters he interacts with, but the bounty hunter’s fateful meeting with Luke in the series’ Season 2 finale left a lasting impression. It’s now the most popular ship, not just for Din, but for Star Wars Tumblr on the whole.

“Codywan,” the unwavering pairing for Obi-Wan Kenobi and his clone commander, Cody, sits firmly at #84. The ship came to prevalence with The Clone Wars and steadily gained support after the series was revived for its final season in 2020. Finally, just making the cut at #100, is “Obikin,” another controversial pair — albeit one with less attention than Reylo — for Kenobi and his fallen Padawan, Anakin Skywalker.

This shift to all-male pairings isn’t overtly surprising for the fandom, as so few female characters feature prominently in Star Wars. Same-sex ships typically enjoy more popularity on social media, a pattern that Tumblr knowingly alludes to. “POV: You’re looking at a list with a mere 24% of m/f pairings,” reads a statement at the beginning of the Top Ships list. That a male-female ship like Reylo reached such heights to begin with felt like more of a shock, especially given the number of parallel pairings like Finnpoe, Reyrose and even Kylux, not to mention the questionable undertones that soured Reylo for anti-shippers in the first place.

RELATED: Star Wars’ Adam Driver Is Open to Returning to a Galaxy Far, Far Away

Tumblr isn’t the most orthodox method of tracking Reylo’s popularity, but its Year in Review does signal a dramatic pivot from the ship that nearly broke the Star Wars fandom. What, if anything, is to blame for Reylo’s waning influence? It could be due in part to the filmmakers’ conflicting opinions about the pairing. Director Rian Johnson supports the ship wholeheartedly. It was his portrayal of the pair in The Last Jedi that seemed to validate the inklings of romance in The Force Awakens. Meanwhile, J.J. Abrams, who directed the first and final installments of the sequel trilogy, downplays Rey and Kylo’s chemistry as a “brother-sister” dynamic. Vaguely incestuous themes have hardly stopped Star Wars before, but times are different now compared to Luke and Leia’s sibling reveal in Return of the Jedi.

The end of the sequel trilogy, and its dismal, definitive ending for Kylo Ren, might also have contributed to the ship’s demise. Kylo promptly perished after sacrificing himself for (and sharing a bewildering kiss with) Rey in Rise of Skywalker. Reylos and Kylo stans alike were left feeling confused and a little betrayed by Kylo/Ben’s fate.

The Star Wars fandom does seem to be shifting its attention to characters who are still alive or getting their own spin-offs in the galaxy far, away, including characters from The Mandalorian, the Clone Wars series and the forthcoming Obi-Wan Kenobi project. Mando’s third season is still a ways off, so it makes sense for fans of the series to bide their time with a layered, compelling new ship like Dinluke. And with Kenobi looming on the horizon, promising a long-awaited reunion between Obi-Wan and Anakin, it’s only natural that a prequel-era ship would return to the fore. Time will tell whether the results of Tumblr’s top ships really signal the end of Reylo. While it may not be gone for good, perhaps its decrease in popularity is what’s best for such a sprawling, varied fandom. 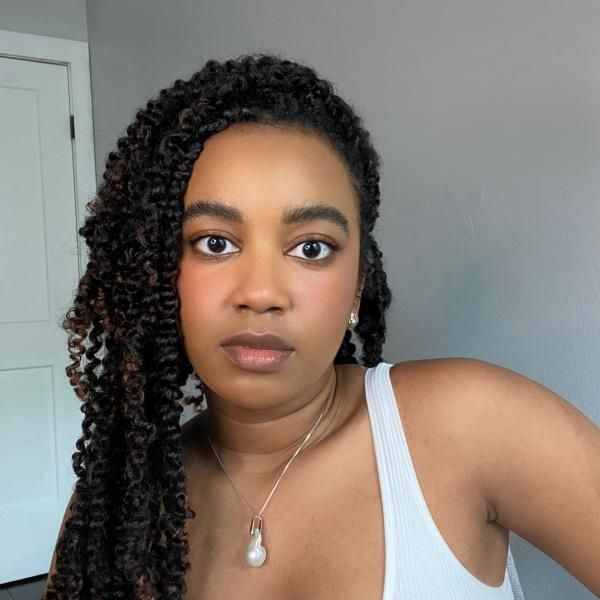 Lyvie Scott is a culture-obsessed Feature Writer for CBR. She loves all things Star Wars and Marvel, though her writing typically focuses on the disparities women of color face in science fiction, action and fantasy. When she’s not analyzing the films she grew up loving, you can usually find her on Twitter gushing over her celebrity crushes.