While Game Freak has said Pokémon Legends: Arceus takes place in the distant past, there are signs indicating it’s set in ​a different timeline

Pokémon Legends: Arceus promises to be an interesting addition to the Pokémon franchise. Abandoning the usual gym run, this game instead opts for a different set of missions, on top of revolutionizing the capture and encounter process and setting it all in a more open-world environment. What’s more, this game is set in what is billed as Sinnoh in the distant past, giving fans who want more lore much to anticipate.

The game’s aesthetic certainly sells this, with the main town (which eventually becomes the major hub city Jubilife) looking more at home in a Legend of Zelda game. Several of the characters look like ancestors of those from the Generation IV games, and some of the Pokémon even have different looks. Still, certain things are a bit too different, which makes it worth asking:  Is this truly Sinnoh as it was in the past, or is it an alternate version, created by some cataclysmic event?

For all the ancient aesthetic Legends has going for it, there are still some design choices that make its status as a past version of Sinnoh questionable. The Arc Phone resembles a modern smartphone and is more advance than some of the devices from past games, which begs the question of how anyone could have figured out how to make it in this feudal Japan-inspired region — let alone use it to record Hisuian Zorua.

Then, there’s the Galaxy Team, which bears resemblance to Sinnoh’s evil team. In those games, Cyrus created Team Galactic to harness the power of Dialga, Palkia or both depending on the game to remake the world and eliminate emotion. Since Dialga and Palkia control time and space, respectively, it wouldn’t be too much of a stretch to imagine that Hisui is, in fact, an alternate version of the Sinnoh Region where Cyrus won. In other words, rather than a far-flung past, this version of Sinnoh could be a post-apocalyptic future.

While generally associated with darker, gritties games, Nintendo is no stranger to crafting family-friendly post-apocalyptic experiences. For example, Breath of the Wild, which Pokémon Legends: Arceus has been compared to, takes place in a similar setting, with small villages scattered throughout a vast wilderness and some technology (like the Shiekah Slate) that would otherwise seem out of place.

Considering Cyrus’ plan to remake the world with himself in a position of power, it makes sense that the Galaxy Team would pay homage to Team Galactic. Even the term “almighty Sinnoh” that has been spoken in some trailers could be a reference to the region’s history. Perhaps the Diamond and Pearl clans preserved some aspect of the past despite all odds, retaining some knowledge of the world as it was and passing it down through the generations.

This would also make the characters who resemble those from Sinnoh not ancestors, but descendants. It would also explain how certain Pokémon now have new regional variants and evolutions that didn’t exist in previous games. Plus, the fact that the world is so sparsely populated makes sense when considering that it was forcibly remade by a man who has nothing but disdain for emotions and others. Even the rumor about Mewtwo being in the game makes sense if Hisui is instead a far-flung future rather than a distant past. This would mean the survey team and its goal of building the Pokédex comes from trying to reclaim some knowledge of the world instead of being a brand new endeavor.

RELATED: Which Pokémon Rival Has the Strongest Team?

Not to say that there aren’t alternate explanations for the technology in the Hisui region. Dialga affects time and Palkia affects space, so either one could throw a phone back in time or to an alternate dimension on a whim. Celebi also travels through time and, given its inspiration from fairies, is much more inclined to be a prankster than Dialga. While Game Freak has been saying since the start that Pokémon Legends: Arceus is a glimpse into the past, perhaps it really has been hiding the game’s true twist. 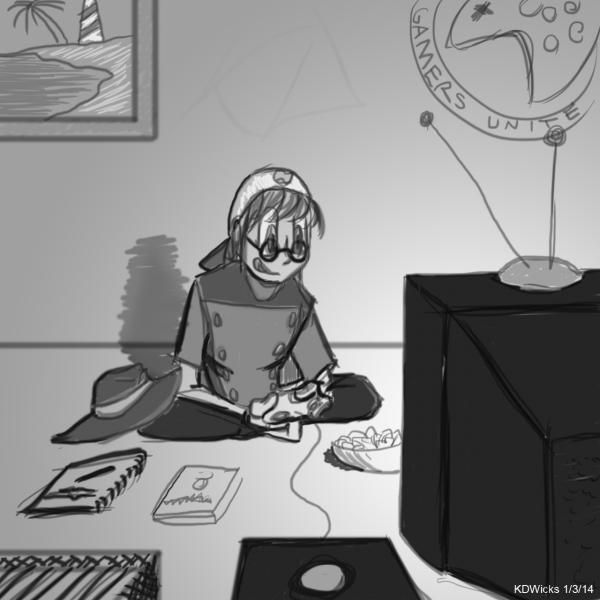 Dr. Kelsey Dickson is a writer and artist from Delaware. When she’s not actively engaged in creative media, she’s catering to the whims of her pets, who most likely run the house. Her degrees include a Bachelor’s in Game Art, a Master’s in Creative Writing, and a Doctorate in Online Education. She also spends a lot of time writing fanfiction, but we won’t hold that against her. You can find her on Tumblr where she contributes fanfiction, fan theories, and general chaos.