Warning: The following contains spoilers for Immortal Hulk #50, on sale now from Marvel.

Over the course of fifty issues, the One-Below-All has been built up as the primary antagonist of Immortal Hulk. This seemingly insurmountable entity has tormented the Green Goliath constantly and used some of the Hulk’s worst enemies to cement his power over all gamma mutates. Yet, in Immortal Hulk #50, by Al Ewing, Joe Bennett, Ruy Jose, Belardino Brabo, Paul Mounts and VC’s Cory Petit, one unexpected Hulk is actually able to harm the One-Below-All: the reporter known as Jackie McGee.

By manipulating them so easily, the One-Below-All demonstrates his monumental power levels and control over all gamma mutates. This only makes Jackie’s next move all the more impressive. Previously, Jackie has been given the power to see the true form of any gamma creature she sees.

Related: How Hulk’s Most Powerful Villains Went from a Joke to a Toxic Threat

While confronting the shell of her dead father, Jackie realizes the true meaning of her powers: investigation. With this, Jackie finally uses her powers offensively, staring into the One-Below-All and letting loose a great blast of gamma radiation. This move causes the entity a great deal of pain, giving the Hulks the chance to rip the Leader away from the One-Below-All.

More importantly, this is also the first time anyone has actually harmed the One-Below-All, and the first time Jackie has gone on the offensive. As Jackie says earlier, she’d been reacting ever since she got her powers. Now, however, as she realizes her purpose, Jackie is making some big moves against some powerful entities.

Jackie’s power isn’t one typically associated with the Hulk, giving her a special advantage. As a reporter, and someone with the ability to see through gamma creatures, Jackie sees things that the typical Hulk doesn’t. For nearly the entire run of Immortal Hulk, Jackie has been following the Hulk around, observing things that most people don’t.

Jackie has seen much of the truth around the Hulk, and sometimes she’s seen truths that even Bruce Banner himself doesn’t realize. This idea extends to Jackie’s gamma powers as well. Jackie’s gamma vision allows her to pierce the veil of the One-Below-All, just as she does with all other gamma creatures. This is important since it’s revealed that the One-Below-All was truly the One-Above-All the entire time. With this in mind, it makes sense that Jackie was able to harm the One-Below-All since she was simply using her powers to see right through this illusion.

Jackie’s power of vision is similar to the Hulk’s ability to see ghosts and astral figures. Of course, Jackie’s abilities are much more powerful than this, piercing the illusion of the One-Below-All simply by looking at him. This power is also more applicable to gamma creatures than ghosts, making it slightly different than the Hulk’s power in this sense.

Jackie’s power of gamma vision is one of several new powers that have been introduced to gamma mutates in recent years. Similarly, the power of immortality is a fairly recent concept for gamma mutates, introduced in 2018’s Avengers #684, by Jim Zub, Mark Waid, Al Ewing, Paco Medina, Joe Bennett, Juan Vlasco, Ruy Jose, Jesus Aburtov, Morry Hollowell and VC’s Cory Petit. Every time a gamma mutate dies, they pass through the Green Door into the Below-Place, before coming back to life.

Another new power was introduced in 2018’s Avengers #8, by Jason Aaron, David Marquez, Justin Ponsor and VC’s Cory Petit. This ability is specific to Jennifer Walters, who contains so much gamma energy that she is able to discharge this energy as offensive blasts, referred to as “gamma blasts.”

Clearly, Jackie McGee’s gamma vision is one of several new additions to the Hulks’ power-set. This power demonstrates the growing number of ways that gamma affects different gamma mutates. Moreover, this power highlights Jackie McGee’s unique nature within the pantheon of Hulks. As a reporter, and a companion on the Hulk’s adventures, Jackie can see things no one else can. With this specific, powerful vision, Jackie can do some serious damage.

DC’s Robins Get Swole on ‘Work Out’ Variant Covers 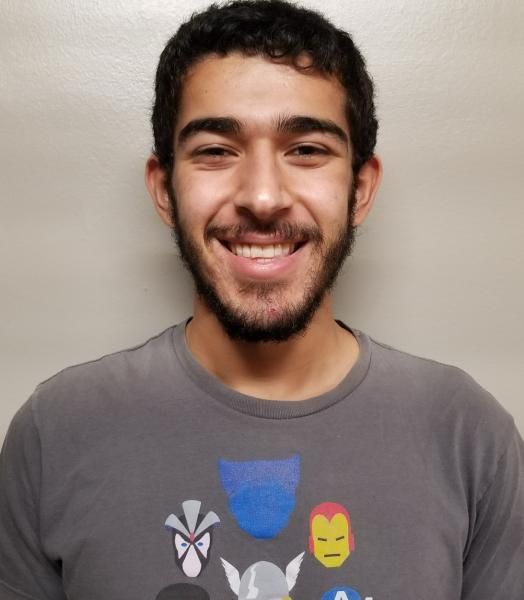 Nabeel Gaber is a longtime follower of comic books, cartoons and anything sci-fi. He’s based in Houston, Texas, keeping up to date with all of the latest comics, movies and television series. Nabeel is a graduate of Trinity University, working now as a freelance comic book features writer. In his spare time, Nabeel enjoys running, improv comedy, and, above all else, reading comics. Feel free to follow Nabeel on Twitter at @book_column and check out his blog, thecomicbookcolumn.com!

Why Did Hellboy Become Santa Claus?