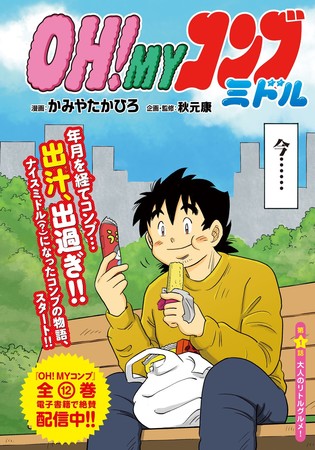 This year’s seventh issue of Kodansha‘s Morning magazine revealed on Thursday that Oh! My Konbu Middle, the new manga by the creators of the original Oh! My Konbu Yasushi Akimoto and Takahiro Kamiya, will end in its next chapter scheduled for late February.

Akimoto and Kamiya launched the manga in Morning in January 2021, and it marked the return of the series after 30 years. Kamiya is drawing the manga, and Akimoto is supervising.

The original gourmet manga centered on Konbu, a boy who helps out in his father’s restaurant. In the new manga, Konbu is now a middle-aged man.

The manga ran in both Kodansha‘s Comic BonBon and Deluxe Bonbon magazines from 1990 to 1994, and had 12 volumes. Akimoto, the same person who would later produce the renowned AKB48 idol group, wrote the story, and Kamiya drew the art.

Review: The CW’s Naomi is an Unoriginal & Boring Superhero Drama