The staff of Masaaki Yuasa‘s INU-OH, the musical anime feature film of Hideo Furukawa‘s Heike Monogatari: INU-OH no Maki (Tales of the Heike: Inu-Oh) novel, posted a new teaser trailer (in 60- and 30-second lengths) on Thurssday. 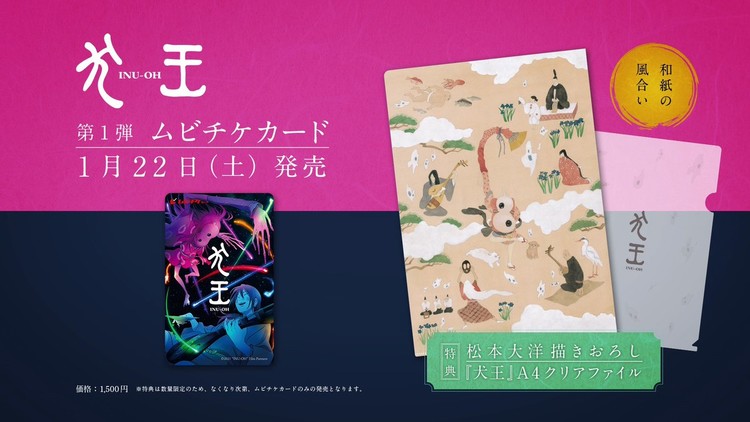 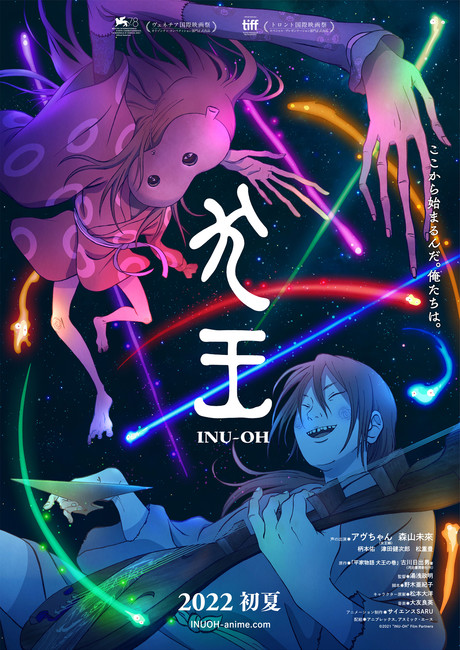 The film screened at the Tokyo International Film Festival (TIFF), which was held from October 30 through November 8. The film won the Special Distinction Prize in the International Competition – Feature Film category award at the 23rd Bucheon International Animation Festival (BIAF).

GKIDS has licensed the film, and it describes the film’s story:

INU-OH is born with unique physical characteristics, and the horrified adults cover every inch of his body with garments, including a mask on his face. One day, he meets a boy named Tomona, a blind biwa player, and as Tomona plays a delicate song of tangled fate, INU-OH discovers an incredible ability to dance.

INU-OH and Tomona become business partners and inseparable friends, using their creative gifts to survive on the margins of society, as song after song gain them notoriety and propel them to stardom. Through the songs, INU-OH mesmerizes his audiences on stage, and gradually begins to transform into someone of unequaled beauty. But why is Tomona blind? Why was INU-OH born with unique characteristics? It is a story about the friendship of INU-OH and Tomona, who dance and sing to get to the truth and break each other’s curse.

The film screened in the Work in Progress program at the Annecy International Animation Film Festival’s online event in June 2020.

Yuasa (DEVILMAN crybaby, Ride Your Wave, Japan Sinks: 2020) directed the film. Manga creator Taiyo Matsumoto drafted the original character designs for INU-OH in his second collaboration with Yuasa, who directed the anime of Matsumoto’s Ping Pong manga. Akiko Nogi wrote her first anime film after scripting such live-action works as I am a Hero, We Married as a Job!, and Unnatural.