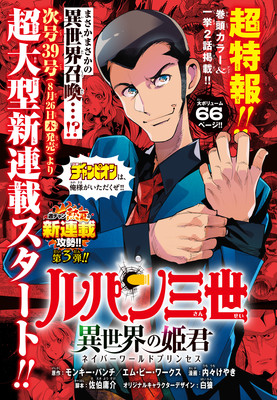 The manga is an isekai summoning story spinoff of the Lupin III franchise. The manga launched in Weekly Shōnen Champion on August 26.

Keyaki Uchi-Uchi is also in charge of the composition for Shō Uyoshi‘s manga adaptation of Kaoru Shinozaki and KWKM‘s Failure Frame: I Became the Strongest and Annihilated Everything With Low-Level Spells (Hazure Waku no “Jōtai Ijō Skill” de Saikyō ni Natta Ore ga Subete wo Jūrin Suru made) light novel series. Uchi-uchi and Uyoshi launched the manga in Overlap‘s Comic Gardo website in July 2019, and Overlap published the manga’s fourth volume on June 25. Seven Seas Entertainment is publishing both the original light novels and the manga adaptation, and it released the second volume of the manga on August 10. 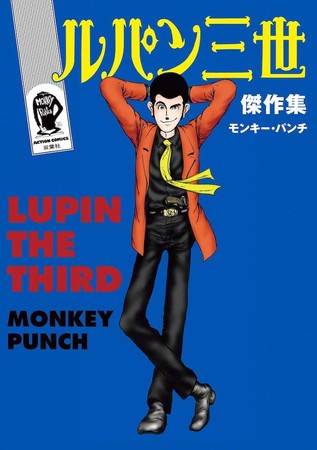 The Lupin the Third: Part 5 anime premiered on NTV‘s AnichU programming block in Japan in April 2018. Crunchyroll streamed the series in Japanese with English subtitles as it aired in Japan. TMS Entertainment USA offered the series’ first 12 episodes for digital purchase in the U.S. on iTunes, Google Play, and Amazon Digital in November 2018. Adult Swim‘s Toonami block began airing the anime in June 2019.

TMS Entertainment is producing a new anime season titled Lupin the 3rd Part 6 to commemorate the original anime’s 50th anniversary. The anime is the most recent television anime in the franchise, and it premiered on October 6. Sentai Filmworks licensed the new series for home video and streaming, and HIDIVE is streaming the anime.