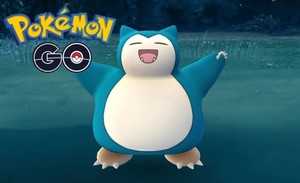 Los Angeles Police Department officers Louis Lozano and Eric Mitchell were fired for playing Pokémon GO instead of responding to a call regarding a robbery in progress on April 2017. This incident came to public attention when the former officers submitted a petition to the California Courts of Appeal. The court denied their appeal, as reported in an official court document filed last Friday.

According to the document, the former officers were working as partners on a foot beat patrol on April 15, 2017. When the patrol supervisor heard a call for a robbery in progress at Crenshaw Mall, he attempted to radio Lozano and Mitchell’s unit for backup but received no response. Upon questioning, the officers lied that they had not heard the call. A digital in-car video system (DICVS) recording later revealed that not only had the unit received the call, it had been situated only a short distance from the scene of the crime.

The officers extensively discussed Pokémon GO during the beat, with Lozano declaring at one point that he was trying to catch a Snorlax. On the way to the Snorlax’s location, Mitchell said that a Togetic “popped up,” and the two agreed to hunt the Togetic together.

According to the report:

When their car stopped again, the DICVS recorded Mitchell saying, “Don’t run away. Don’t run away,” while Lozano described how he “buried it and ultra-balled” the Togetic before announcing, “Got him.” Mitchell advised he was “[s]till trying to catch it,” adding, “Holy crap, man. This thing is fighting the crap out of me.” Eventually Mitchell exclaimed, “Holy Crap. Finally,” apparently in reference to capturing the Togetic, and he remarked, “The[ ] guys are going to be so jealous.” Petitioners then agreed to return to the 7-Eleven (where Sergeant Gomez later met them) to end their watch. On the way, Mitchell remarked, “I got you a new Pokémon today, dude.”

When interviewed about the recording, the officers denied playing the game and claimed that they were only discussing it. They also claimed that they were simply “monitoring” the application and considered it a “social media event” rather than a game because it was not “advertised as a game.” They did admit to leaving their foot beat area, but insisted they did so as part of an “extra patrol” and to “chase this mythical creature [Snorlax].”

A board of rights found the officers guilty on multiple counts of misconduct. The former officers attempted to appeal by arguing that the use of the DICVS recording was contrary to the law, and that they were denied the protections of the Public Safety Officers Procedural Bill of Rights Act, but the appeals court unanimously upheld the board’s decision.

10 Harsh Realities Of Being An Anime Dad