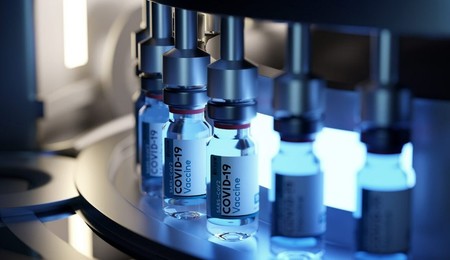 The Japanese government and Prime Minister Fumio Kishida unveiled new anti-coronavirus measures on Tuesday in an effort to curb the spread of the Omicron variant of the new coronavirus disease (COVID-19). The government aims to first give vaccine booster shots to about 31 million people, including doctors, nurses, care home residents/workers, and elderly citizens. It also plans to make booster shots available to others in March, which would be earlier than originally planned. Officials state that the Self-Defense Forces will set up large-scale venues to help local municipalities.

The Japanese government has also extended the border restrictions, setting a ban on new foreign entrants. The border control measure that started in late November will stay in place until the end of February. Kishida stated that humanitarian issues and national interests may be taken into account.

The government plans to complete the necessary procedures to enable children below the age of 12 to get vaccinated, and it is urging children 12 and older to get vaccinated. The government plans to have institutions offering entrance exams to be flexible and allow students to take makeup tests. It is also asking schools to admit students after the academic year begins in April. 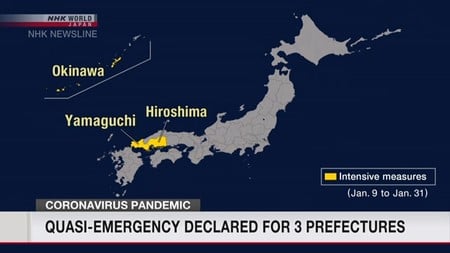 Tokyo governor Yuriko Koike said last Thursday that the metropolis was not currently planning to request the national government for its own quasi-state of emergency. However, she added on Friday that the battle against COVID-19 has entered a new phase, and that she was consulting experts on whether to implement more countermeasures as the situation changes.

Previous quasi-states of emergency, which have less strict guidelines compared to a full state of emergency, have asked dining and drinking establishments to stop selling alcohol, limit their hours, and limit the number of customers. They have also offered some financial compensation to businesses that comply with the guidelines, and they imposed additional anti-virus measures.