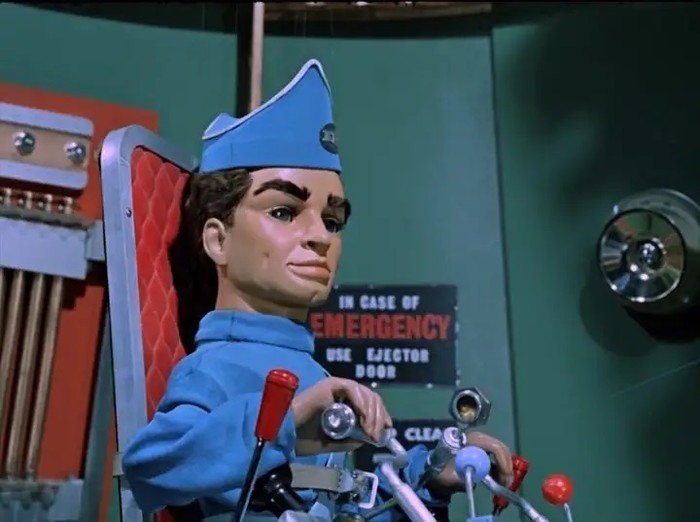 When he was 25, Anno had worked on The Complete Thunderbirds compilation in 1985 as his first professional editing job. The original materials for the 1985 compilation were discovered in a Tohokushinsha Film Corporation warehouse, and so Anno is supervising the restoration and HD remaster for Shin edition.

Shin Godzilla director Shinji Higuchi is compiling the Thunderbirds: The Anniversary Episodes into a single film titled Thunderbirds 55/GoGo, which will open in Japan on January 7. Higuchi and Anno are both part of the original artist collective that founded the anime studio Gainax, and have previously collaborated on other projects, including co-directing Shin Godzilla.

Thunderbirds 55/GoGo celebrates the franchise‘s 55th anniversary. Thunderbirds: The Anniversary Episodes was a crowdfunded project to produce three episodes of Thunderbirds with much of the same staff as the original series. The episodes, produced from the audio of three previous 1960s audio plays for the franchise, debuted in 2015.

Thunderbirds originally aired in the United Kingdom in 1965. The series was remade into the Kagaku Kyujotai Techno Voyager television anime series in 1982, although Thunderbirds co-creators Gerry and Sylvia Anderson were not directly involved in the production. The English-dubbed version of the series was renamed to Thunderbirds 2086.

What Are You Playing This Weekend? (December 4th)