Gilmore Girls is classic, beloved comfort TV for many millennials. In the dreamy snow globe world of Stars Hollow, where the autumn leaves fall just so and the coffee never stops flowing, the mother-and-daughter protagonist pair of Lorelai and Rory seem to exist in a state of untouchable perfection. Though life has its ups and downs and its disappointments and dramas, for the most part, everyone adores these two, and speaks exclusively in perfectly quotable witticisms.

The show ended abruptly in 2007 after an equally abrupt change of showrunners, leaving fans largely disappointed. Nearly a decade later, a revival miniseries titled Gilmore Girls: A Year in the Life was announced for release on Netflix, and the anticipation was palpable. Four feature-length episodes showing the real-time progression of the characters’ lives, all under the direction of original creator Amy Sherman-Palladino? The announcement was a dream come true for Gilmore Girls enthusiasts.

But since A Year in the Life’s release, fans’ and critics’ reactions to the miniseries have been decidedly mixed. Many have noted how the characters’ negative qualities seem amped up to a surprising degree in the new episodes. In particular, Rory–once the Chilton valedictorian of such prodigious promise, and the constant recipient of breathless adulation from all around her–turns out to be a less-than-successful writer with an outsized perception of her own abilities.

The unending praise Rory received growing up seems to have gone to her head. In one particularly cringe-worthy sequence, she deigns to interview for a writing position at a site she feels is beneath her, only to be summarily rejected when the interviewer actually expects her to have some ideas prepared, not to mention an ounce of enthusiasm. Her romantic life is just as bad, as she’s somehow ended up entangled yet again with the shiftless rich playboy Logan, who is now engaged to someone else. This isn’t Rory’s first time being the other woman; in an infamous Gilmore Girls season 4 and 5 plot, Rory has an affair with her ex-boyfriend Dean, who is married at the time. So there’s precedent for this behavior, though it’s a bit hard to swallow that Rory is still so immature at 32.

Lorelai is in an odd place as well. Even ten years on, she’s unable to communicate with her longtime partner Luke on the most fundamental issues. Worse, she completely fails to support her mother Emily as she copes with her husband’s passing–one pivotal scene at his funeral where she goes into a highly inappropriate diatribe about Richard’s faults as a father is genuinely difficult to watch. Overall, the way these characters were portrayed in the sequel series left many fans disillusioned and wondering what had happened to these once-beloved figures.

One fan theory attempts to explain this gap in perception and characterization. The theory holds that the entirety of the original show is actually the book Rory starts writing about her and Lorelai’s lives in A Year in the Life. There’s plenty of material in the miniseries that supports this idea, including a very meta-conversation in which Lorelai advises Rory to drop the “the” from her proposed manuscript title, resulting in the original show’s iconic moniker.

This theory could explain much of what has always seemed unrealistic and exaggerated in the original series. It makes sense that viewers might have been seeing Rory’s teenagerhood as filtered through her writing skills and unreliable narrator bias. The Rory and Lorelai of Gilmore Girls are universally adored; any characters who don’t like them are either unequivocally villainous or eventually come around to their side (like Paris, Rory’s best friend). The show’s signature snappy dialogue can be attributed to Rory editing everyone to sound much more clever and quick-tongued than they possibly could be in real life. Even things like the Gilmore girls’ diet, which apparently consists entirely of junk food, and their unrealistic financial situation and spending habits can be explained by this interpretation.

There are many aspects of the theory that don’t quite pass the sniff test, though. For one thing, the perfect Rory that many fans remember is really only a creature of the first four seasons (which are often cited as fans’ favorite seasons of the show). Seasons 5-7 brought changes to Rory’s character that actually track fairly well with what is shown in the revival. As mentioned above, she’s cheated and acted selfishly before, and her self-involved behavior reached new levels as she grew older. Fans still grouse about late-series developments like Rory dropping out of Yale and the infamous yacht-stealing incident, which resulted in Lorelai having to pick Rory up from jail.

RELATED: The Marvelous Mrs. Maisel: Benjamin Deserved So Much Better

The book theory is interesting for several reasons, but most notably, it’s an example of the way cherished media from viewers’ childhood and teenage years has been reckoned with anew in recent times. Newly matured millennials are increasingly re-contextualizing the shows and movies they grew up with, often exposing questionable elements that were always there but weren’t remarked on as much before. For instance, there’s been much discussion of the constant use of body-shaming for humor in A Year in the Life, but a re-watch of the original series will reveal that this was a recurrent issue there as well.

The truth is, the original show and its characters were never actually as flawless as many remember them to be. In a lot of ways, the revival’s storytelling picks up on threads that were always there, like the selfish and spoiled tendencies in Rory’s character that are continually enabled by the people in her life. It’s definitely true that rose-colored glasses are involved in perceptions of the original Gilmore Girls, but Rory as the author of her own memoir may not be the only one responsible for putting them there. 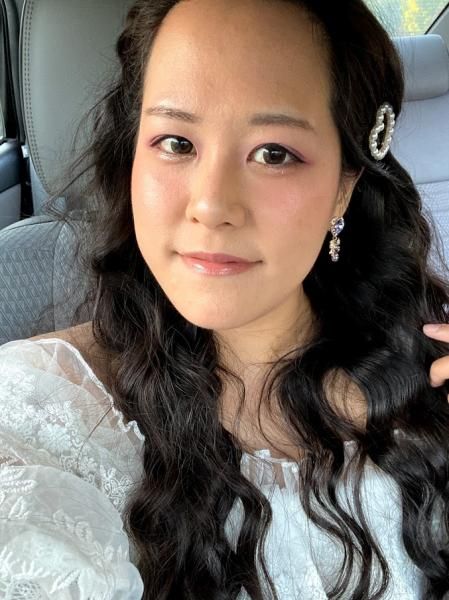 Jessica is a Features writer at CBR. Her many interests include geeking out over sci-fi and fantasy as well as anything even remotely related to musical theater, and she has Zelda memes on the brain pretty much at all times. She can be found screaming about magical girls on twitter at @puellamagica1.