Being one of the most acclaimed anime of the past few years partially due to its stellar animation and fight scenes, a Demon Slayer fighting game felt like it was only a matter of time. The game acts as an accelerated retelling of the anime and original manga, giving players a chance to visit iconic locations, talk with familiar characters and battle hordes upon hordes of demons. The game’s story is told through a variety of cut scenes featuring full voice acting and starts right in the middle of the action without wasting any time. Within the first two minutes of starting up the game you’ll be familiar with everything you need to know regarding the game’s structure and how to start slaying your first demons! 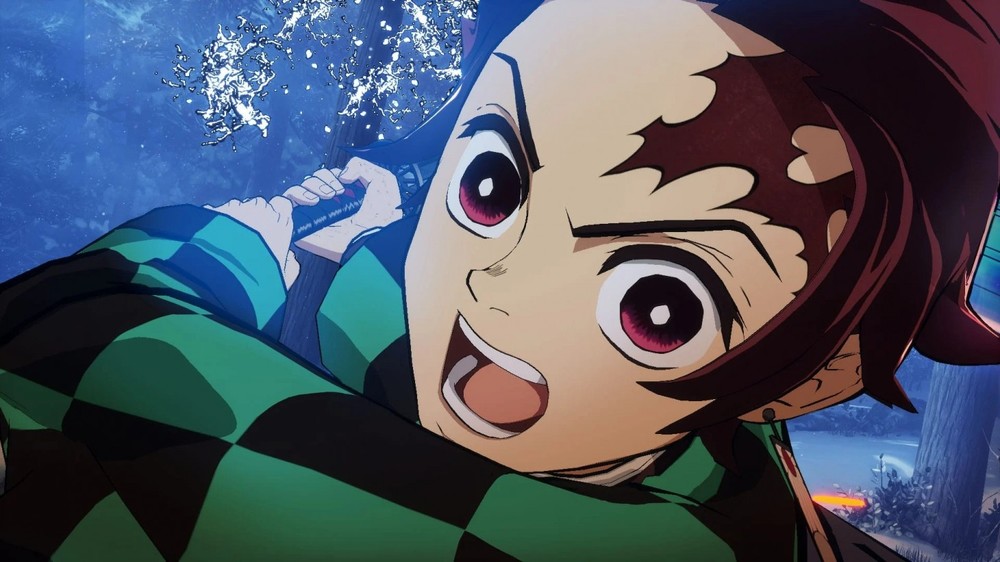 The game’s presentation is gorgeous. Playing this on a PS5, the game runs at a smooth 60 frames per second with beautifully rendered cell shaded models that we should all come to expect from CyberConnect2 who have already nailed this aesthetic before that captures the charm of 2D animation through 3D models. The voice acting sounds great throughout most of the game with only a few occasional moments of awkwardness due to the pacing of some cutscenes. The English audio also doesn’t always perfectly sync up with the lip flaps of the character models which can get awkward and distracting. Button inputs are responsive and immediate with a control scheme that is easy to grasp with its simplicity. If I messed up the timing of a counter or failed to dodge away from an incoming attack, it felt like a mistake that I made rather than it being because I was placed in an unfair situation. Finishers are satisfying to pull off and reward players with well framed finishing moves that are pleasing to the eyes. In fact, I would argue that the greatest strength and greatest weakness of the game is in its overall simplicity.

If you’re already a fan of Demon Slayer and haven’t really delved into 3D arena based combat games, then I think this game acts as a perfect introduction to that genre. The game doesn’t hold your hand and gives plenty of opportunities for you to explore both the world and the mechanics of its combat system. There are standard guard attacks and parries that are all mapped to specific buttons. Every character shares a similar control scheme with some characters even sharing similar attack patterns, however there is a lot of mileage that can be built upon regarding the games combat mechanics. A lot of this comes down to the game’s combo meter which acts as a way to prevent players from spamming attacks against opponents while also utilizing an interesting risk/reward system based on which attack you use to initiate the combo depending on whether or not you can adjust to the specific timing of a character’s moveset to get the most out of it. You don’t need to be an expert to have fun and play the game but I think there is also just enough here for fighting game experts to experiment with and enjoy.

The downside to this overall simplicity comes from the game’s difficulty. It’s very easy early on for some of the combat and encounters to feel monotonous. I don’t think I ever encountered a moment in the game where it felt as if I was being overwhelmed with enemies or more information than I should’ve known what to do with. However, the downside to that is in how many of the non-boss encounters display the same attack pattern and approach. You unlock more characters throughout the story mode but you are very limited within the first couple of hours so you need to be patient during that early game in order to make the best out of your experience. Thankfully the individual fights don’t overstay their welcome in terms of time and cutscenes are skippable so there are options in how quickly you want to breeze through the beginning hours of this game.

Although this does bring up one final complaint regarding the overall package and that’s in the specific way that the story is told. This is a game that can absolutely be played by someone who hasn’t read the original manga or watched the original anime. However due to the fact that it seems as though a large portion of the story’s inciting incident doesn’t actually occur in game, there is a chance that you could be left confused at best or frustrated at worst. This isn’t helped by the fact that one of the main collectibles in the game are shards of memories that basically treat each act as a portion of a larger recap of the events leading up to the beginning of the game. There are plenty of things to collect and interact with in the variety of hub worlds and arenas that you unlock throughout the main campaign but those memories, while charming, also feel a bit disjointed.

Overall though, I don’t think this will be a problem at all for the game’s target audience of Demon Slayer fans. Demon Slayer: The Hinokami Chronicles feels like a solid love letter to the franchise and accomplishes the primary goal it sets out to do. It’s broad enough to appeal to many casual fans, has just enough interesting mechanics to warrant perfecting and could be the jumpstart of a new franchise. Take a deep breath, plunge in, and see for yourself!

Live-Action System Shock Series In The Works, Will Air Exclusively On Binge