Hero Events are the latest addition to Marvel’s Avengers. While just a category for new characters, it could also solve the game’s content issues.

Since its launch, Marvel’s Avengers has had its fair share of issues, from a launch filled with bugs to backlash regarding in-game transactions that didn’t sit well with players. Since then, developers have been working hard to win back the appreciation of fans while also rewarding those that have stuck with the title since it was released a year ago. While there’s still a lot of work to be done, the game’s most recent update looks like a step in the right direction.

The game’s latest update features many significant strides since the game’s launch, including the addition of the title’s first raid. Now, players will have to ban together to face down the might of Klaw after being altered into a being of pure sonic energy. With the raid also comes alterations to the game’s gear system that gives players more freedom to mix and match pieces and earn cosmetics in-game. But the most unique add-on is the character of Spider-Man as a part of a new Hero Event category. Even though the event is only available for PlayStation players, the concept of a Hero Event could finally answer one of the game’s biggest issues — a lack of content. 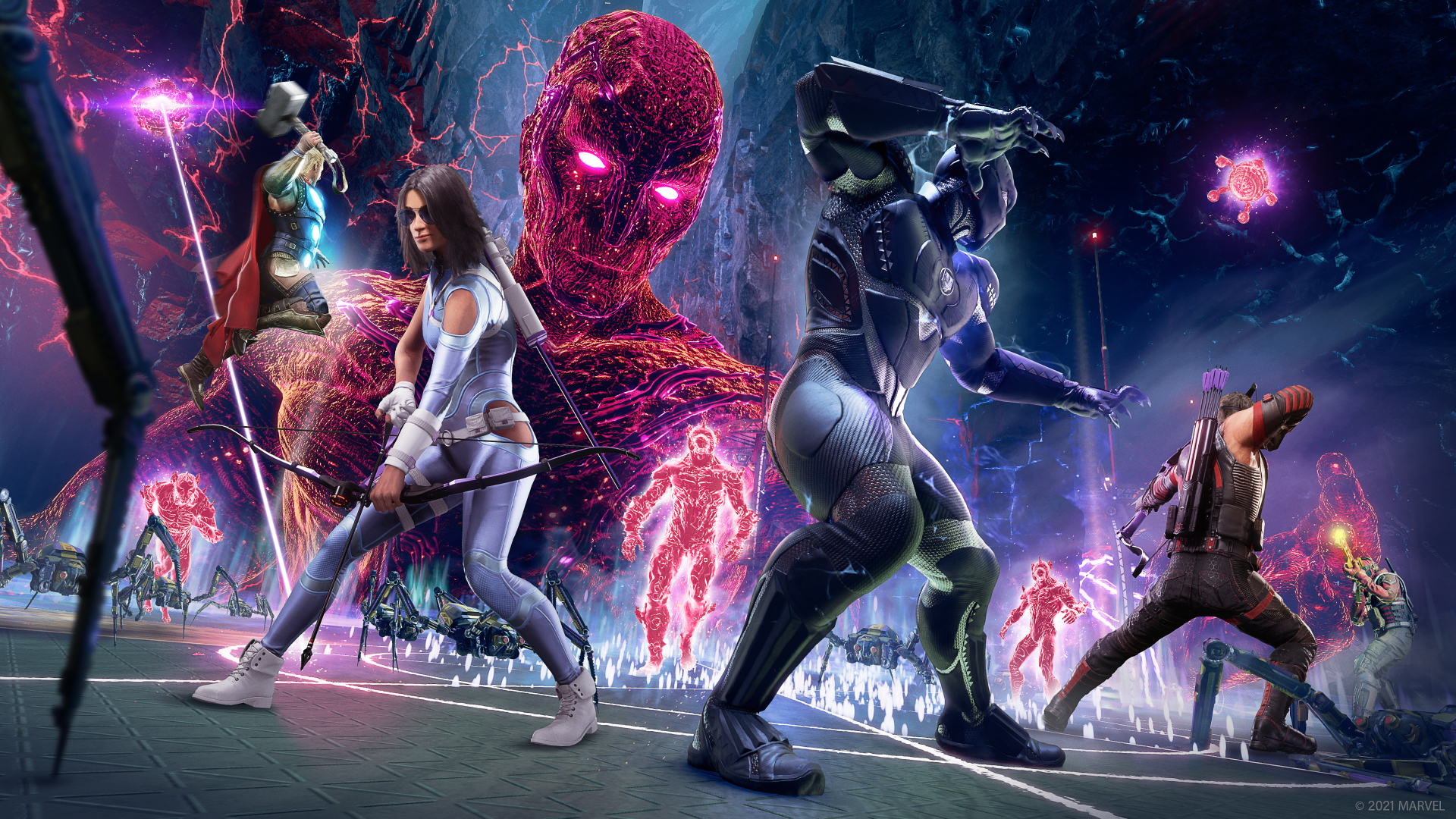 Since launch, players have been hanging on to every word from the developers as it has taken time, while working on the bugs in the ain game, to introduce more story content. While the updates that do arrive are entertaining and further the narrative, the game feels empty once again, with no variety to keep players engaged. However, with Hero Events, there’s a chance that it could help keep players engaged in an unexpected but still fun way.

Hero Events offer the fun and excitement of getting a new Avenger to join the roster without major cinematic cutscenes. Instead, the character’s story is obtained through collectibles as fans play as the hero. These events are still a new category that will hopefully be explored in the future, but its nature lets developers give fans something new to enjoy while they continue to work on the next big story update. The story may not grow, and the levels may not change, but a new hero to play as and the option to level up another Avenger gives fans incentive to continue playing. 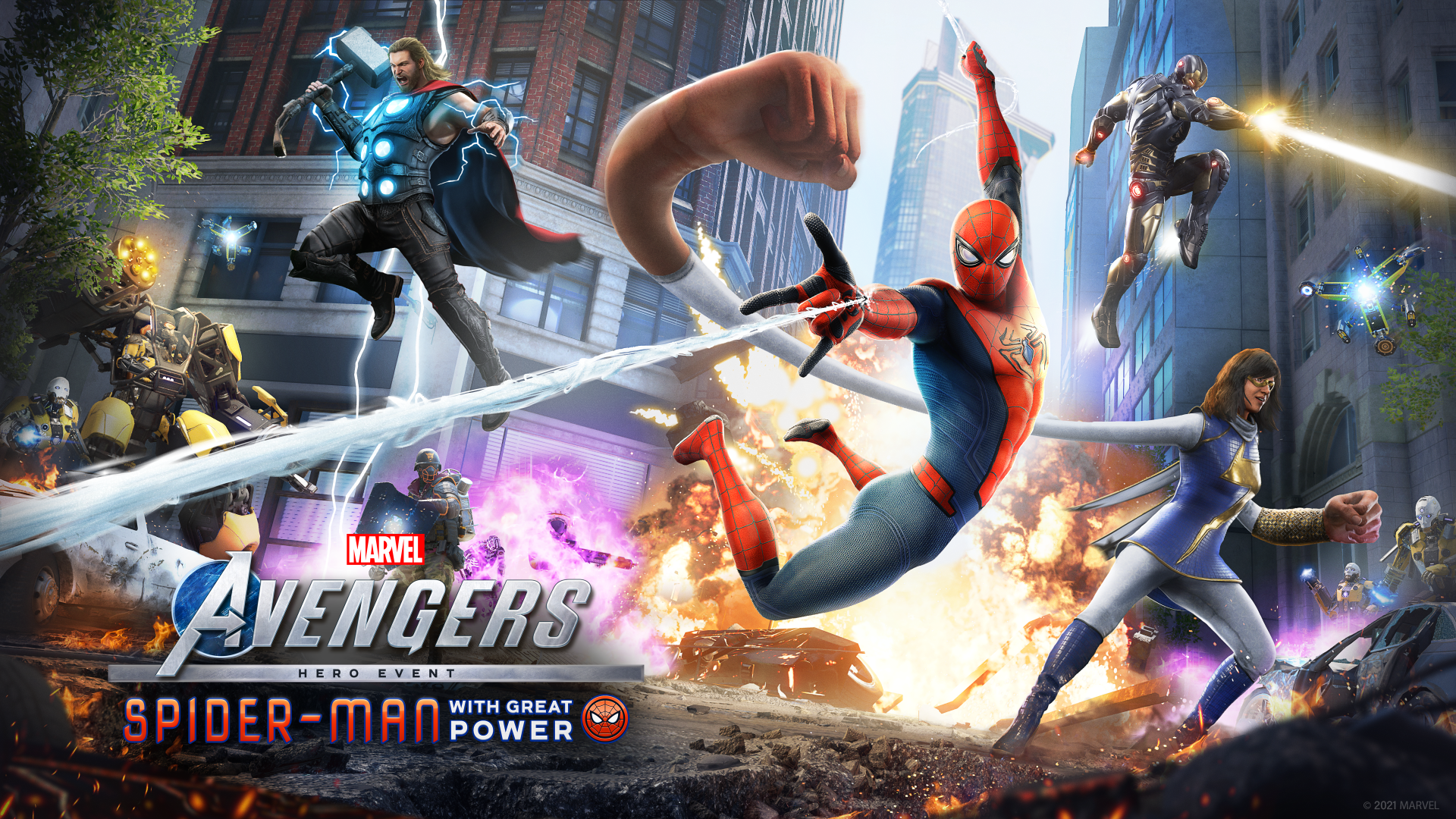 Should Hero Events prove beneficial, they could even serve as placeholders between story events by introducing new heroes in alternating shifts between updates and smaller events. Doing so also gives fans a more tangible goal rather than waiting months for new story content and the character that comes with it. Ironically, Hero Events also feel like a classic issue of Avengers with heroes hopping in and out of the story with little to no explanation. But even without a story, their appearance feels fresh and different from the norm that readers are used to.

By applying the same logic as the comics the game is inspired by, Marvel’s Avengers could finally solve their content drought by offering new Hero Events for fans. Although it won’t be easy and will likely take time to maintain a routine of new events, stories and heroes, it could ultimately benefit the title. Marvel’s Avengers needs consistency in its content, and while nothing is set in stone, Spider-Man’s Hero Event could provide the answer.