Back 4 Blood’s Swarm Mode is the game’s competitive mode, and it can be daunting at first. Here are some tips and tricks to help players get started.

As Back 4 Blood is starts to make waves throughout multiplayer gaming communities, may find themselves hovering over the game’s Swarm option. The mode features a number of options that aren’t present in the campaign, giving it a bit of a learning curve. Whether holding out as a Survivor or trying to tear their team down as a Ridden, here are some tips and tricks to help survive Swarm Mode.

Back 4 Blood is a spiritual successor to Left 4 Dead and features a confrontation-heavy, arena-based competitive multiplayer mode. Swarm pits two teams against one another to see who can last longer in a shrinking stage as the Survivors. All the while, the other team will be in control of special Ridden variants, trying to eliminate each Survivor to end the round. After two rounds, the team that evaded death longer wins, and this continues until one team achieves two victories. Surviving is the only way to win, but don’t discount playing as the Ridden, as a strong offense can often smash through the best-planned defenses.

Coordinate Attacks as the Ridden

Working together as the Ridden is key to eliminating the Survivors quickly. In the same way it’s crucial for Survivors to remain close so they help each other, the Ridden can play off one another’s unique strengths to make sure every confrontation counts. Whether that means ensuring a Hocker is stationed somewhere elevated to trap wandering Survivors or coordinating a strike on a vulnerable healing player, working together is the quickest way to overpower the opponent. Even if players don’t have a way to communicate with each other, this can be as simple as waiting with your team to engage as opposed to rushing out to attack Survivors solo.

Ridden players will have access to a wide selection of different variants, and many can be improved through upgrades. Though each variant has its purpose, some have proven themselves all-around solid. For example, picks like the Stalker, Hucker and all variations of the Tallboy feel like they carry more weight to affect the flow of the match than other variant options.

These should be used to great effect. Have two players harass opponents with a Stalker and a Hucker while other team members crash in any chance they get, doing massive damage. This synergizes dangerously well, even opening up Survivors to additional damage if they’re attacked while incapacitated — especially if players upgraded Damage and Defense for Tallboy tree and Utility in the Stinger tree.

The Ridden Horde Can Be Vital

Among the upgrade trees specific to certain Ridden variations, there’s a General option players can choose. This allows the Ridden team to upgrade the type and power of common Ridden besieging Survivors during the match. It also allows players to “Evolve” them with upgrades like armor. While these options become too expensive to hold any worth in a match of uncoordinated solo operators, they can become lethal in the hands of the right team.

Suppose a whole team turns their resources into upgrades for the Horde and enrages them using the Reeker variants. In that case, Survivor teams would soon find themselves completely overwhelmed by powerful, tough Ridden. At that point, players can land a decisive finishing blow with some of the heartier variants.

Focus On What Survivors Can Control

When playing as the Survivors, it’s easy to be thrown off when the weapon or item you built around doesn’t show up while scavenging. The same can be said for an untimely teammate death early in a match. The important thing is not to let that unforeseen complication snowball into poor decision making. Instead, players should focus on what they can control in each round and compensate where needed. If the offense is lacking, load up on barbed wire or pipe bombs to create breathing room. If the Ridden are harassing the team with Stalkers, find every Survivor a stun gun.

RELATED: Back 4 Blood Should Look to Movies for Its DLC Characters

It’s no secret that staying together can make it difficult for the Ridden to catch a player off guard, but it’s also the key to keeping Survivors in the round as long as possible. It’s not just deaths that lead to defeat, but incapacitations too. Even if every player is still alive, if they’re all incapacitated, the match will conclude. All it takes is a shove or a few bullets to free fellow Survivors, so to that end, players should remain close enough to free one another at a moment’s notice. This will also prevent Survivors from taking huge damage while trapped by the Ridden.

Survivor Cards Carry Over Through Rounds

The Ridden players have their upgrades to carry them through the match, but Survivors have the cards they’ve chosen from their Deck. Planning a Deck and subsequent card picks can make a huge difference in-game, whether using a custom-built Deck or one of the pre-made options. It’s important to know that cards will appear in the same order they’re listed in the Deck, so players can prepare for their playstyle in advance. As a Swarm match progresses, Survivors can choose new cards, adding to the ones they’ve already chosen in previous rounds. With some mindful picks and a little premeditation, the right Deck can carry Survivors to victory.

KEEP READING: The Best Cards for a Melee Build in Back 4 Blood 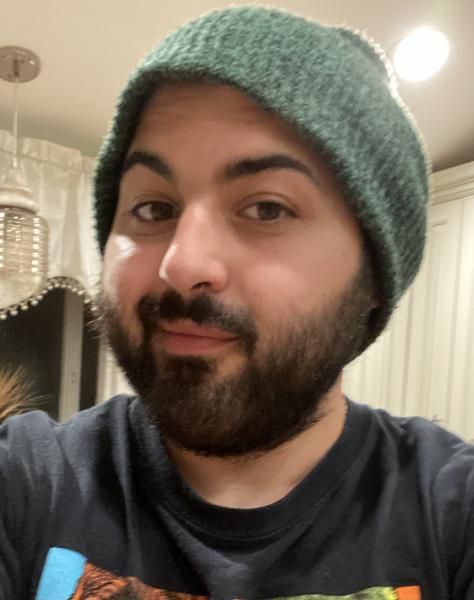 Jonathan LoChiatto is a writer, gamer, and podcaster based in Massachusetts, USA. He’s been in a love affair with video games for as long as he could hold a controller. Along the way, Jonathan also developed a passion for comic books, board games, and movies, which he now covers regularly on his podcast, The DorkWeb.

Episode 4 – Yuki Yuna is a Hero: The Great Mankai Chapter