Atreus has quickly become a staple in God of War lore, but his first appearance actually came before the release of the hit PS4 exclusive.

When God of War first hit consoles, fans were enthralled by the journey of Kratos, a man who lost everything taking his revenge on literal Gods. Throughout his blood-soaked journey, he encountered many enemies and some allies. However, by God of War III, the possibility of peace seemed like a possibility too far for Kratos to ever reach. But when God of War 2018 was released, fans could see that Kratos not only found his peace, he restarted his life with a wife and son.

Kratos’ son, Atreus, was a new addition to the franchise, and his appearance in the game was enough for fans to raise eyebrows as a man as violent as Kratos never seemed like he would want to attempt fatherhood again. That said, throughout the game, Kratos and Atreus learned much about one another, and the tension between a stoic father and a son wanting to prove himself was palpable. For many players, this was the first appearance of the young hero. But in reality, God of War 2018 was Atreus’ second canonical appearance in the timeline. 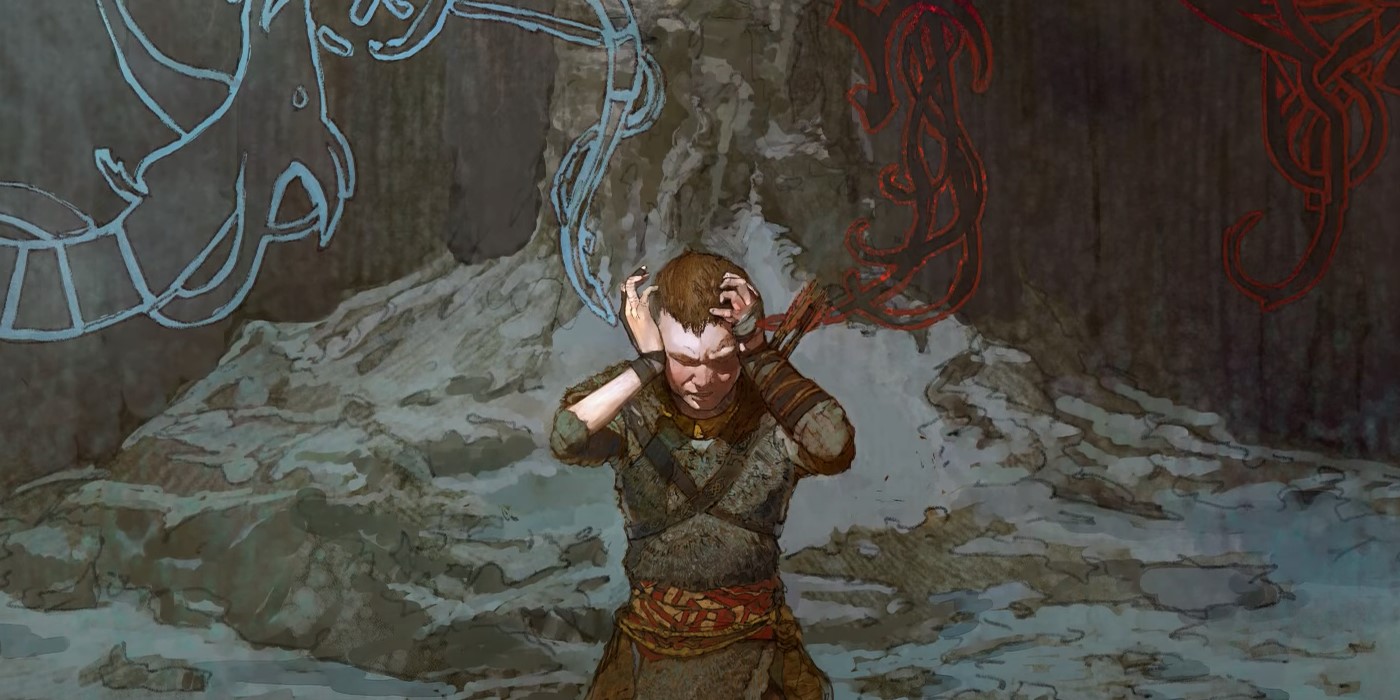 Before the game’s release, God of War: A Call from the Wilds was a Facebook Messenger story that focuses solely on Atreus during an early adventure he went on alone. During the story, Atreus uncovers one of his abilities that allows him to converse mentally with wildlife. The visuals reveal that they appear as an angel and a demon of sorts in his mind. Although he knows he will likely face punishment for disobeying his parents, he feels compelled to answer the distress call he receives.

Atreus finds a wounded Doe with an arrow in her neck. Upon seeing her, he calms her to her final rest, reassuring her just as she passes. But when he follows a trail leading back to the hunter who fired the shot, he finds him dead at the hands of a Draugr. Atreus tries to defend himself and manages to injure the Draugr, awakening his inner Spartan rage. But before he can act on it, Kratos saves his son. The scene serves as a brief moment to show how Atreus wants nothing more than to be as strong as the man who raised him.

RELATED: Is The Witcher 3 Worth Playing On Nintendo Switch?

Although A Call from the Wilds isn’t a console title, it still carries many narrative themes that continue into God of War. But rather than control Atreus in a traditional sense, the Facebook Messenger game utilizes a classic text-based adventure style, resulting in countless paths that players can follow, as well as building a community surrounding those paths and how to solve the story’s puzzles. Those that can survive Atreus’ harrowing adventure in the woods are shown eight unique concept art photos that help establish the tone and energy of the game.

A Call from the Wilds is unlike anything fans of the franchise have seen. But by using an unusual gameplay style, fans have a chance to connect with a character that had yet to appear in the franchise. Those players that were lucky enough to meet Atreus through A Call from the Wilds first were able to enter God of War with an idea of how the two protagonists differ. For those that didn’t, discovering the story only helps enhance Atreus as a character and the overall experience of the franchise.