A healthy dose of competition is always good for the soul. For Monica Gellar, being competitive isn’t about self-discovery or anything else, but rather about the one thing that matters the most: winning.

RELATED: Friends: 10 Times We All Fell In Love With Phoebe

In the show’s 10-year run, Monica was loaded with various idiosyncratic quirks (i.e., obsessive cleaning and neatness), but her competitive nature is what often shined the most through. It was what made her loveable and annoying all in one fell swoop.

10 The One With The Last (Best) Thanksgiving

Friends had always been known for its Thanksgiving episodes, starting back in Season 1. What started off as just another holiday-based episode became a tradition each year to have the friends get through the often forgotten holiday in hilarious fashion. After 10 long years of making different kinds of potatoes, cooking a chicken for Chandler (as he doesn’t celebrate the holiday), and watching as Rachel makes and ruins the crowning dessert, Monica felt it was time to bow out.

Thanks to some well-placed manipulation by Phoebe, Monica puts herself into competition with her prior year-self and looks out to outdo all of the Thanksgivings that have come before. She pulls out all of the stops on the food, despite everyone being late, but it’s the phone call from the adoption agency saying there is a baby waiting for Monica and Chandler that really sets this Thanksgiving apart from all the others.

9 The One Where Monica Ruins The Ball Toss Game

In what could have been one of the sillier side plots of the series, this Season 5 episode sees Ross and Joey tossing a ball around without dropping it for two hours. They continue to toss the ball for another two hours, having a good time, until Monica enters the game and turns up the competitive dial to eleven.

RELATED: 10 TV Shows That Took Several Seasons To Get Good

Monica dominates the game and sucks any fun out of what was once a very casual game, even going so far as to say Chandler shouldn’t play because he drops things (this is later proven true in the stinger over the credits). The next day, when Phoebe enters the apartment, the ball is tossed to her and she puts it down, effectively ending the game. Not before Monica tries to reinvigorate the group claiming that Phoebe isn’t an official ball tosser. Tired, annoyed, and defeated, the group decides to quit the game.

When Phoebe and Rachel find out that Chandler and Monica are in a secret relationship, they decide to have some fun with the couple by playing a game of chicken to get them to confess. However, when Monica figures out that they’ve been figured out, she jumps into competition mode and makes Chandler her pawn in the game.

As the stakes keep getting raised (i.e., Phoebe asking to come over to Chandler’s apartment to have sex), Monica calls their bluff and forces Chandler to keep going with the game because her team never loses.

7 The One Where Monica Plays Against Chandler’s Boss

As Chandler and Monica hide their relationship from their friends, they are given an opportunity to be a real couple while attending one of Chandler’s work functions. It’s here that Monica learns that Chandler’s work personality isn’t like the one at home, he is an annoying suck-up to his boss, who bends over backward to make his boss happy, which at first isn’t so bad as the only real annoying thing is Chandler’s work laugh.

RELATED: Friends: Every Main Character’s Age At The Start Of The Series

It’s not until they play against Chandler’s boss in a game of doubles tennis that Monica is fed up with work Chandler. His need to appease his superior interferes with her desire to win and she just will not have that. She gets so frustrated that she breaks Chandler’s racket and begs him to stop being the annoying suck-up that he’s become.

6 The One Where Monica Is Ovulating & Chandler Is Smoking

Season 9 saw Chandler and Monica actively trying to have a baby. Monica tracked her cycle and, in true Monica fashion, designed the optimal times for her and Chandler to have sex and, hopefully, make a baby. On the eve of Phoebe’s birthday dinner, Monica is ready for a quick session before they go to celebrate their friend’s trip around the sun.

However, when Chandler gets home, he reeks of cigarettes, a nasty habit that he’s fought with throughout the series. This leads to a massive fight as Monica forbids Chandler from smoking again. Always the immature one, Chandler pushes the boundaries and lights up in front of his wife in defiance of her ridiculous decree! Never one to lose, Monica is able to manipulate Chandler into bed without much struggle exclaiming “That’s right, I got mine.”

5 The One Where Monica Plays To Keep The Apartment

Chandler and Joey bet that they know Monica and Rachel better than they know them. Always ready to run headfirst into a challenge, Monica agrees to the bet for a small sum of money. However, the betting stakes quickly raise from $100 to $200, eventually betting on the girl’s apartment or getting rid of the chick and the duck.

RELATED: Friends: 5 Times Where We Felt Bad For Ross (& 5 Where He Was The Bad Guy)

Monica is so confident that they’ll win that she tells Rachel not to worry as she has a steady hand—they can’t lose! When the game comes down to lightning round, Monica and Rachel need to answer one final question, or else they lose the game. They are stumped and watch as time runs out, leaving Monica devastated at the tremendous loss.

4 The One Where Monica & Chandler Are Still Hot

When Phoebe and police officer Gary (Michael Rappaport) flaunt their hot and heavy relationship in Monica and Chandler’s face, it triggers Monica’s competitive nature to be the hottest and a handsy couple in the city.

It isn’t very long before the novelty of the act wears off, revealing that it isn’t about love but rather about winning. While Monica does lose in this episode, it is a sobering moment as she learns that she and Chandler might not be all over each other, but they have plenty of firsts and wins ahead in their future.

3 The One With The Ping Pong

While in Barbados supporting Ross at a paleontology convention, the gang finds that the sunny beaches are rained out and must find entertainment in other places in the resort where they are staying. Monica, Chandler, Phoebe, and Mike venture down to the arcade where they discover a ping pong table that is just calling their name.

RELATED: 10 TV Spin-Offs That Ruined The Original Show For Fans

Monica, looking for a competition fix, encourages the group to play. Smartly, Chandler and Phoebe bow out, but Mike decides to take Monica on, revealing that he is actually very good at ping pong. The game is heated and comes down to a tie, with the next point to win. However, when Monica injures herself, Chandler steps in and beats Mike with a single move. It’s a sweet moment as Chandler, finally, acknowledges how much winning means to Monica and, as the vows say, in sickness and health, he’ll stand by her side.

2 The One With The Gellar Cup

When the gang decides to play a no-stake game of two-hand-touch football, Monica and Ross, at first, decline to play, but when Monica taunts Ross, the game is on. Ross goes one step further and reveals that whichever team wins, will receive the highly coveted Gellar Cup (which is just a Troll-doll nailed to a 2×4 piece of wood).

It’s clear that Monica isn’t the only Gellar that has a competitive streak, as Ross equally gets in on the action, helping transform what was once a friendly game amongst friends, into a legitimate cutthroat football game.

1 The One Where Monica Gives The Best Bad Massage

Monica and Chandler are giving each other back massages to unwind after a long day. When Monica gives her massage to Chandler, it’s as if her fingers are ripping into his flesh and destroying his muscles strand by strand. Not wanting to upset his new girlfriend, Chandler lies and says it’s the best massage that he’s ever been given.

When it’s revealed that Chandler isn’t the biggest fan of her massages, Monica is crushed. Her boyfriend is essentially calling her a loser. Chandler, being the lovable doofus that he is, spins it that Monica gives the best bad massage around. If people wanted a bad massage they’d have to go to her and that is oddly comforting to her.

NEXT: Friends: 10 Episodes That Unexpectedly Get Emotional


Next
Squid Game: 10 Characters That Changed The Most Between The First & Last Episode 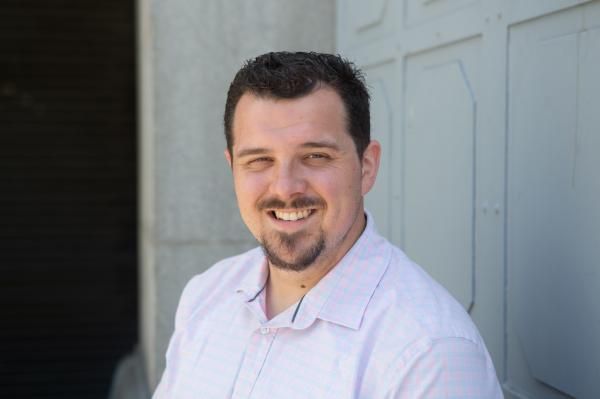 Dave McGuire is a screenwriter, reader, and one-time MTV movie award for “Best Lips” nominee. He loves hiking with his dogs, mowing his lawn, and throwing movie quotes into any random conversation.

Episode 4 – Yuki Yuna is a Hero: The Great Mankai Chapter